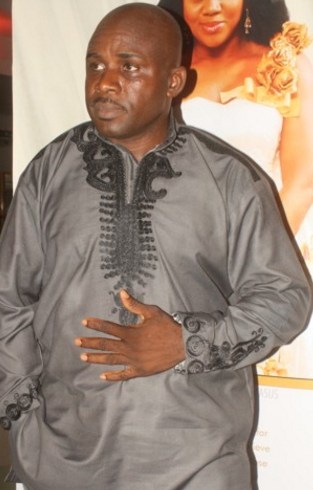 Nollywood actor-turned-movie-director, Teco Benson has revealed that Nollywood is not a lap of luxury as many people think. The filmmaker, who is popularly called ‘Action Director’, a nickname he got on account of his reputation for making action movies told NET:

‘People who watch from outside feel the industry is a bed of roses where you swim with bread and butter, wine and dine with beautiful women. That is the impression, but the truth is, it is not as easy as many believe.’

Speaking further, the filmmaker, who has been in the industry for 21 years, recounts his journey into achieving his dream in Nollywood, saying, ‘It’s been wonderful, it’s been a tortuous journey too, it’s been 21 years of hard work, 21 years of creative and energy-sapping process. It’s a profession I love; it’s a job I have passion for. It’s the love that drives me and it’s the love that has driven me so far to where I am and I am glad.

‘Now I am married, I have five kids, and my sustenance is from this industry, everything I have achieved is from this industry. So I am happy that I took a decision in 1997 to resign fully from civil service, because from 1994 I was doing the job on part-time basis because I was scared of resigning.

‘As a salary earner, I was scared of going on my own without that salary, I didn’t know how I was going to survive, even as long as the salary was not enough, you were sure that every month you will have it. I was going into a wilderness, the industry was still new then and people were not making big money, but the passion was driving me.

I tested the water for three years (1994-1997), and I was encouraged to resign. ‘Before I resigned I spoke to one man I won’t forget, he’s called Soni Collins, he was the man that gave me the first opportunity to produce a movie, ‘Compromise’.

When I was in a dilemma, thinking of how to resign and how I am going to survive, he was the one that gave me the final word. The civil service job was slowing me down because I was working in the East, and I will come to Lagos to make movies and quickly rush back to my office.