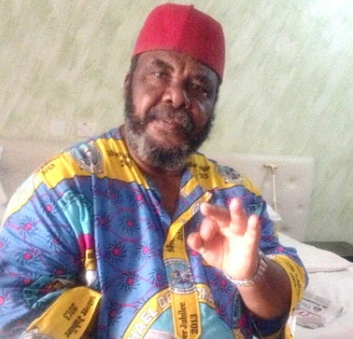 September 14, 2017 – Nollywood Elder Pete Edochie Distances Self From IPOB, Threatens To Curse Those Lying Against Him

Highly respected Nollywood actor Pete Edochie has distanced himself from a message that originated from IPOB about the boycott of the upcoming Anambra state Governorship election.

In his reaction to a viral Whatsapp message that called for the boycott of the upcoming election, the actor took to the social media to denounce his message while threatening to curse those behind the false story.

Here is how the Nollywood Elder dissociated himself from the false report : 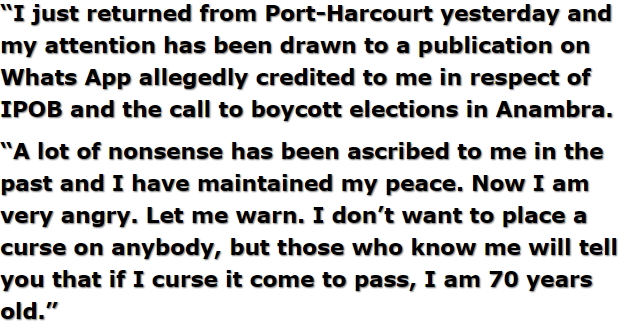 The veteran actor also revealed the phone number where the false message came from.