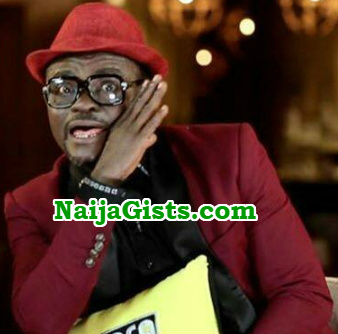 Nollywood comedian Francis Odega is currently working on his own TV series.

The comic star who promised to bring the show to the big screen soon however denied his rumoured competition with Funke Akindele.

Here is what the actor said about his upcoming comic TV series:

“I have my project that is ongoing, and it is called ‘Gerrahea’ TV series, that stars people like Omo Baba, Chigurl, myself and a whole lot more,” said Odega.

“So, it is hitting your screen sooner than later.”

“I’m not taking after Funke Akindele. I am at the moment focused at giving what I am called to give. Before Funke, there (was) somebody there. So, what is the need looking at any other person when I can break the grounds.

The actor is best known for his hilarious video clip endorsed by American rapper 50 cent.