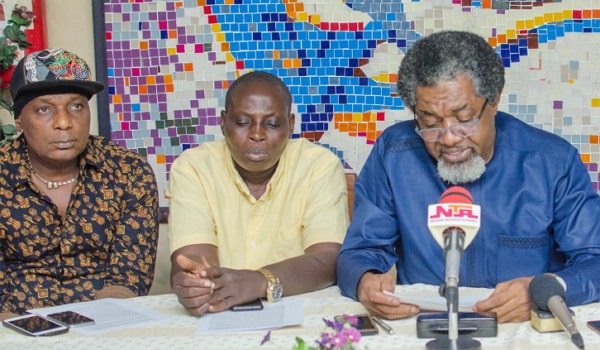 Top stakeholders in the Nigerian motion picture industry, Friday, took a unanimous position in support of embattled Executive Director of the National Film and Video Censors Board (NFVCB), Alhaji Adedayo Thomas who, last week, appeared at an Abuja Magistrate Court over petition by some employees of the agency.

Liking the battle against Adedayo Thomas to ‘calling a dog a bad name in order to hang it’, the concerned stakeholders averred that , not only is someone interested in Thomas’ office, his fight against pirates may have unsettled corrupt officers within the agency.

Others are Igwe Gab Okoye, aka Gabosky and Norbert Ajaegbu (Esq), who are members of the NFVCB’s special taskforce against unlicensed and unclassified movies.

Also at the event, which took place at Ojez, National Stadium, was actor Adewale Eleshi and film marketer, Aina Kushoro, aka Kush among others. 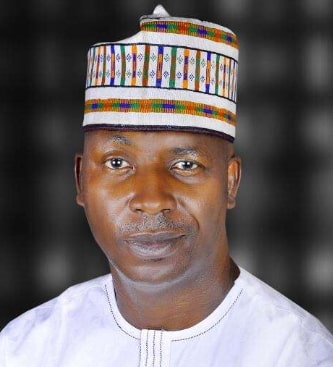 The angry stakeholders called on the Minister of Information and Culture, Alhaji Lai Mohammed and the Permanent Secretary in the Ministry, Mrs. Grace Isu Gekpe to intervene by bringing the petitioners to book, and allow Thomas continue his good works.

According to them, he (Thomas), upon assuming office, “penetrated and orchestrated several raid in the notorious Alaba market,” a move which “did not go down well with certain staff of the Board who openly expressed their resentfulness and even reached out to some members of the industry to express that the new Executive Director is acting against the norms of contracting staff or the Board to carry out the raids.”

They alleged that the aggrieved staff of the board “are used to the corrupt regime of disbursing budgets for raids on paper without any practical raid nor effect on the film market.”

“We must state and affirm that Alhaji Adedayo Thomas proved to us that government agencies can positively affect the industry – an experience we had last when Emeka Mbah left the Board,” they stated.

Enumerating some of the impacts the NFVCB boss has had on practitioners in recent times, they said “the Censors Board supports industry festivals and awards, sponsor and involve itself in raids against uncensored and unclassified movies, sponsor stakeholders to international film festivals and brought government closer to practitioners.

“Most interesting is that Adebayo Thomas is one such – example of a distinguished administrator set to accomplish such primary purpose.

“We therefore humbly call on the Honourable Minister of Information and Communication to investigate and bring to book, all staff of the Board engaged in the writing of frivolous petitions against Alhaji Adedayo Thomas,” they said, adding that, “Such staff have no reason to remain in the civil service.”

In the same vein, the groups want the Minister to look seriously into circumstances that led to the recent resignation of filmmaker Tunde Kelani as chairman of the Board of NFVCB.

“We also urge the Honourable Minister to dissolve the 52-man board and put in place a sizeable board that will have a meaningful deliberation and action plan.

“We may be forced to seize and stop the censorship of movies if the ungodly politics of these civil servants remain unabated,” they warned, while imploring Thomas “to continue his good works and to count on the unflinching support of the Nollywood industry which is open to any good government administrator.”

Recall that Thomas was reportedly charged to court for allegedly breaking the fence of the zonal office of the agency, stealing a 500KVA power generating set on February 6, 2017, and selling it for N30 million.

The stakeholders rebuffed the allegations, wondering how a 38-year-old power generating set could be sold for that amount, while also reacting to claim that the Executive Director misappropriated the sum of N150m, when the board’s capital budget in 2017 was just N22m.

They accused the lead petitioner, Cornell Agim, who is the most senior civil servant in the agency of bias and unfounded claims, as a way to get Thomas out of the way.