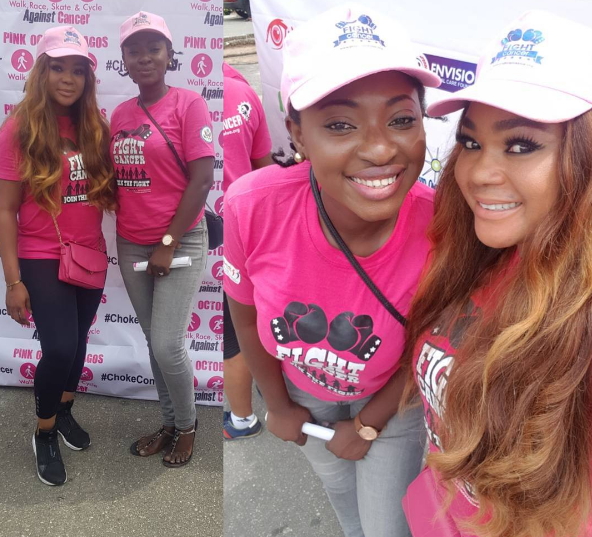 The event tagged Choke Cancer, the walk which started at the Lagos Television premises, Agidingbi, Ikeja stretched through Obafemi Awolowo way to Ikeja Under Bridge and back to LTV. 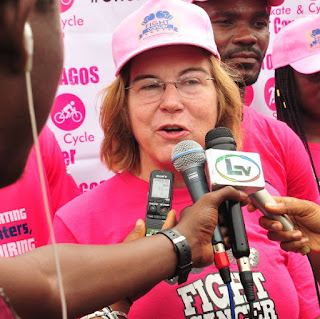 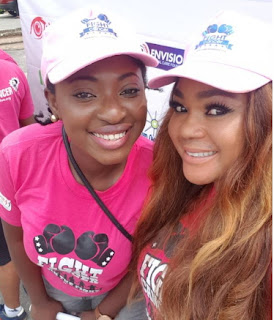 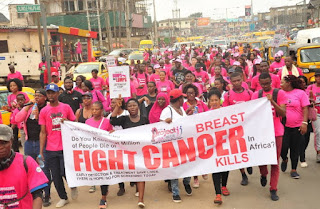 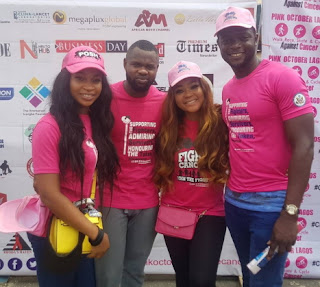 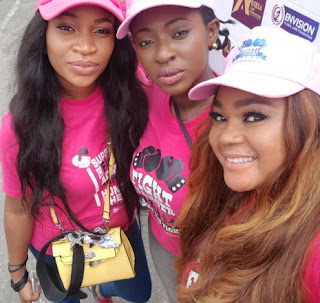 “Cancer is something that is rampant lately, you can’t like you don’t know, you can’t pretend like you haven’t heard, I have someone who died of breast cancer before so it’s a call that you should heed. Even if you don’t have it, you need to be aware; so awareness is very important. That’s why I’m here,” said Fawole.

Also speaking, Nollywood actor, Blossom Chukwujekwu, said he joined that walk because he believes that the celebrities are very influential people.

“We have a lot of impacts on our viewers and fans so it’s important that we come out to lend our voice to causes that are worth it, causes that we know can improve people’s lives. It is important for people to go for screening. This is what we are using our voices to let the people know that cancer is real but it can be detected earlier and tackled quickly enough,” he said.

The Executive Director of Project Pinkblue, Runcie Chidebe said the rate at which younger people are being affected by cancer is worrisome, adding that the organization has taken it upon itself to fight cancer and create awareness

“Today we are joining the world to commemorate the International Breast Cancer awareness walk. We are doing a five kilometre walk which we know is tough. But the most important thing is to create awareness. More people are beginning to come out with cancer at a very younger age,” he said.

Project Pinkblue is a cancer fighting organization engaged in advocacy, awareness, free screening to support people who are battling with cancer and also most importantly raising funds for them.

Continue Reading
You may also like...
Related Topics:award, nollywood

2 Test Positive For Monkey Pox Virus In Lagos After Eating Bush Meat In Bayelsa State
Health Talk: How To Protect Yourself From Uterine Cancer..Common Symptoms To Watch Out For