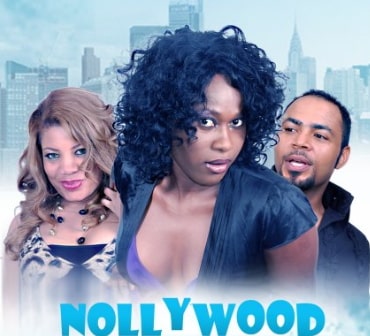 Nollywood seems to have been left out of the MeToo movement despite all the claims about sexual harassment in the industry. One of the most touchy subjects of Nollywood still remains unaddressed, even if this movement was initiated three years ago. The campaign has largely been ignored in Nollywood and to some extent also in Nigeria as a whole.

Last year CNN captioned an article on this issue: “The #MeToo stories you haven’t heard“.

There are so much more that are still unheard. Has everyone accepted sexual harassment as a norm in the Nigerian movie industry? Is that the reason why there is no MeToo movement in Nollywood?

In the wake of the global MeToo movement, Nollywood is still silent because everyone still considers it a taboo to speak up. Some Nigerian actresses have spoken up about their encounters. However, they have mostly spoken of the inappropriate propositions and advances that were made at them. None has so far spoken up about forceful acts. It would be remarkable if only inappropriate advances were the case in Nollywood. However, this seems very unlikely. It also does not do much to all the young women who have been physically violated in the Nigerian film industry.

The entertainment industries all over the world are not devoid of these claims, including Hollywood and Bollywood. Victims of sexual harassment  still struggle to come out in Nollywood.

Many still seem to have chosen silence. The voices of female celebrities in the US and many other countries gave strength to other women. But the movement has been surprisingly non-existent in Nollywood.

The origin of the movement was to empower women through empathy. It was also to reveal the extent of the problem by showing the number of people that have been assaulted.

This movement is meant to tell victims of sexual harassment and violence that they aren’t alone and shouldn’t be ashamed.

We hope that the voices of the few who have told their stories of sexual harassment will help break the culture of silence in Nollywood too.

Otherwise, the men who carry out the repulsive acts against women in the Nigerian film industry will continue doing so.

Until someone is willing to lead this movement, the victims in the Nigerian film industry will never be able to speak up. They need more voices!.

Continue Reading
You may also like...
Related Topics:harassment, me too movement, nollywood, sexual, victims