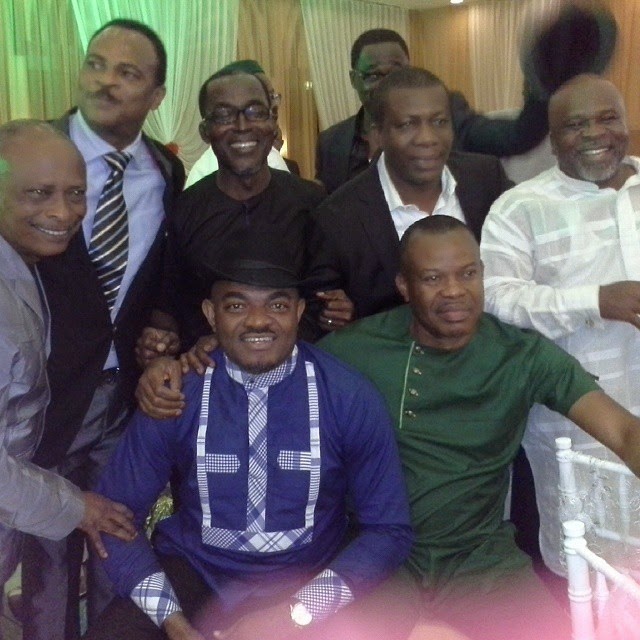 It was a show of shame yesterday when some Nollywood stars engaged themselves over the money reportedly given to them by First Lady Patience Jonathan after a dinner organized to strengthen her husband’s reelection.

As usual, Nollywood hustlers like Eucharia Anunobi, Susan Peter, Ini Edo, Omoni Oboli, Bob Manuel Udokwu, Kate Henshaw and many others running after Jonathan for money gathered together in Aso Rock yesterday to be a part of the lavish dinner party organized for them by Dame Patience Jonathan.

Sadly, the party didn’t end well. According to Eagle Eyes at the party, the event almost ended in chaos when some Nollywood stars started a minor argument over money that reportedly went on further.

It took the intervention of the security men at the event to calm those involved down.

Though no names was mentioned but those who engaged themselves were said to be male Nollywood stars.

Other entertainers who came to the event were Seyi Law, Bovi, Timi Dakolo, Kcee and many others.

Will bring you official photos from the event shortly.