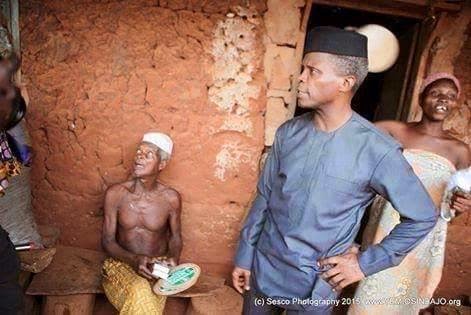 The poor man pictured besides Professor Yemi Osinbajo in the photo above has been fingered as his father.

According to PDP, Osinbajo reportedly abandoned his father in the village and never bother to help him out.

APC on the other hand has rejected he above photo taken during Osinbajo’s tour of Ogun State.

The opposition party claims the man is not related to Buhari’s running mate.