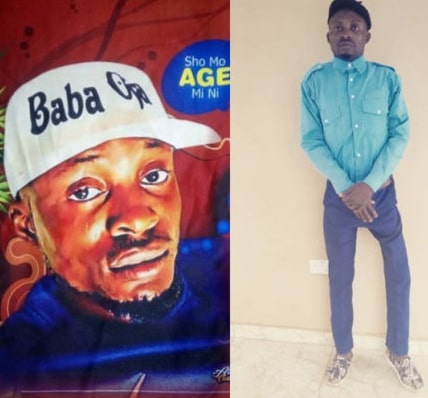 Mouthed Nollywood actor who is known for supporting his colleague whether they are wrong or right saw the other side of life last night after some soldiers allegedly flogged the living daylight out of him.

According to a video that went viral early this morning, Jigan and singer Jaywon were at the birthday party of fast rising singer Danny S when one of their friends injured someone during a fight.

Jigan and Jaywon reportedly defended the attacker before the victim reported the matter to some soldiers at Elegushi beach.

When queried, Jigan allegedly challenged the soldiers with statement like  “Don’t you know who I am?”.

The statement reportedly angered the soldiers, who then brought out their horsewhip and started flogging him.