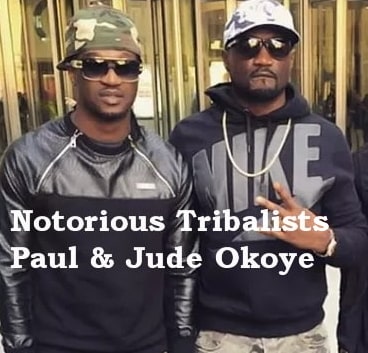 Meet Nigerian tribalists, Jude and Paul Okoye, the crooks behind the split of PSquare musical group.

Lola Omotayo who celebrated the birthday of Paul and Peter Okoye yesterday didn’t know that she has opened a can of worms.

Soon after Peter Okoye’s wife showed love by sharing the message below, Psquare elder brother, Jude Okoye, who has never shown any sign of maturity since PSquare split took to the social media to slam Lola.

See Lola birthday wish below and their response. 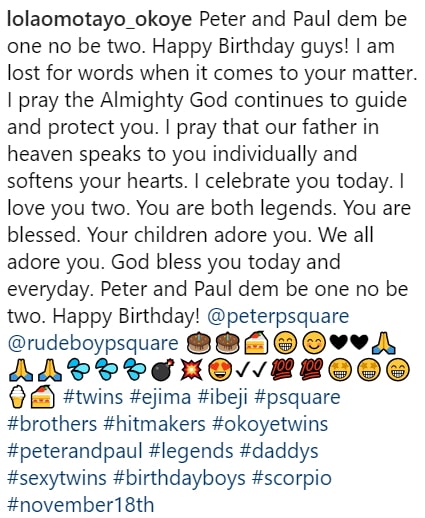 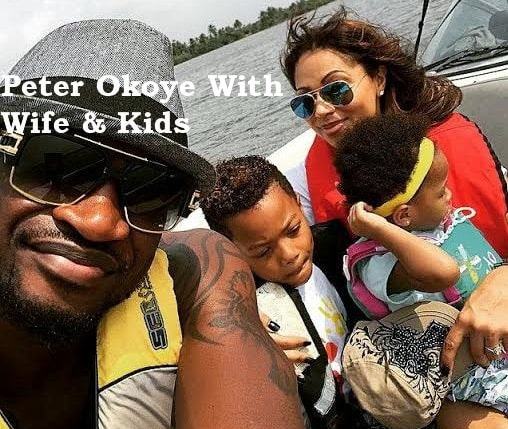 According to family sources, their issue is Lola’s tribe and the age difference between her and her younger husband, Peter Okoye.

Even if you have one beautiful lady from your village you plan to bring for your brother, the guy has said over and over again that he is happy with his wife.

Why do you people want to break his marriage?.

I just wonder why some siblings hate the magical 4-letter word L-O-V-E.

Take heart Lola!!. This too shall pass!.

Nollywood Yoruba Actor Jigan Baba Oja Beaten By Soldiers At Elegushi Beach
John Dumelo: I Don’t Pay My Tithe To Churches, I Donate It To The Poor