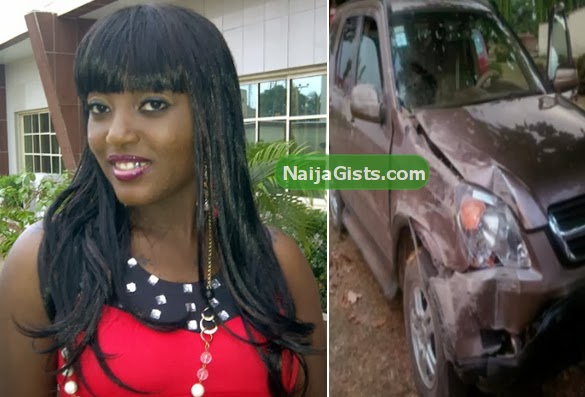 One of the newest stars in the Yoruba Nollywood genre, Memunat Yunusa is happy to be alive today after she escaped death in a serious car accident on her way to a movie set last week.

On Wednesday November 20, 2013, Menunat crashed her Honda CRV vehicle on the way to Ibadan, Oyo State.

According to Nollywood insiders, the car crashed as a result of sudden brake failure.

She rammed the new car into a building’s fence but luckily for her and the occupants of the vehicle, nobody got injured.

“I’m fine and didn’t sustain any injury.” – said the actress

See the wreckage of Memunat Yunusa‘s car after the crash below: 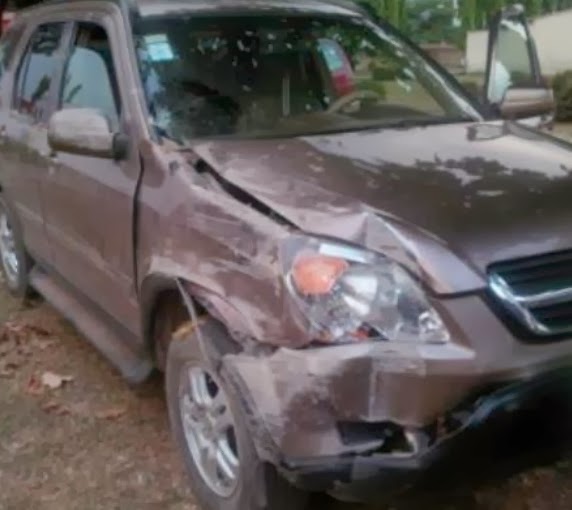 For those who do not know her, she is the actress who played the role of Oyinkan in Karounwi movie.