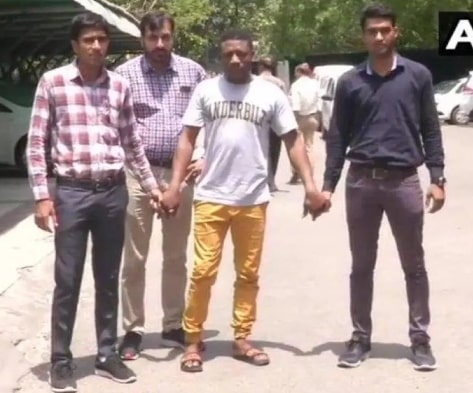 A Nigerian has been arrested in India for cyber fraud. The suspect, Nonso George Okafor, allegedly duped several women of money by pretending to be a wealthy foreigner.

According to a police statement, Okafor used to talk to women for weeks, promising gifts, marriage, and a comfortable life and later dupe them.

“The accused sent gifts to unsuspecting victims and then the women would get a call from a person pretending to be a customs official saying the gift has been held for customs violations and that she has to pay a clearance charge or fine to receive it,” the statement said.

Once the victim transferred the money, the accused disappeared, it said.

The accused used profile pictures and information of doctors, engineers and fashion designers living abroad to create new identities to con his victims.

“Okafor usually targeted single women around the age of 30, divorcees or disabled persons,” it added.