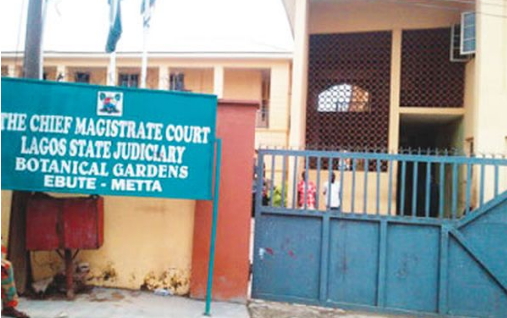 A student of the National Open University of Nigeria (NOUN) has been arrested for killing her neigbhour in Surulere area of Lagos.

On July 2nd, Mabel Bassey poured hot water on 38-year-old Efe Okotie while he was preaching to her.

According to police prosecutor Kehinde Olatunde, the deceased had advised Bassey to desist from prostitution which didn’t go down well with her.

Out of anger, the suspect rushed to the kitchen brought out a pot of boiling water and poured it on Okotie.

The deceased died of severe burns 6 days after the attack.

Police arraigned Mabel Bassey at an Ebute Meta Chief Magistrates’ Court today and remanded her in prison for murder.

Her case will come up for hearing on the 4th of November 2016.

Man Arrested For Stealing N1.2Million Chickens From Poultry In Erin Osun Osogbo
US Lists 20 Nigerian States Unsafe For Americans To Travel Due To Robberies & Kidnappings