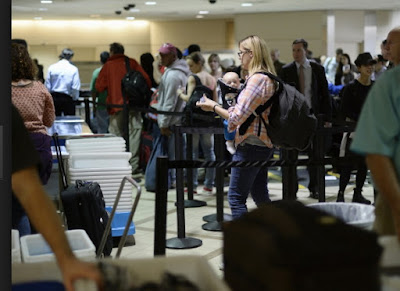 August 4, 2016 – US Lists 20 Nigerian States Unsafe For US Citizens To Travel  Due To Robberies & Kidnappings

The US government has warned her citizens to avoid travelling to some key Nigerian states for now due to limited ability of the US Mission to provide help to Americans in those states.

According to an advisory published online yesterday, the no-go states include;

The travel advisory particularly urged vigilance around government security facilities; churches, mosques, other places of worship; locations where large crowds may gather such as hotels, clubs, bars, restaurants, markets, shopping malls; and other areas frequented by expatriates and foreign travellers.

It noted that kidnappings and terrorism remain a threat to the security of American citizens in Nigeria.

Continue Reading
You may also like...
Related Topics:americans, nigerian, states, travel, unsafe, us

NOUN Student, Prostitute Kills Neighbour Who Preached To Her In Surulere Lagos
Insane Man Accused Of Beating Up His Parents Remanded