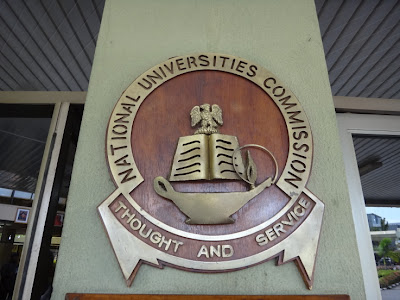 Policemen, operatives of the State Security Service, SSS, and officials of the Nigerian Security and Civil Defence Corps, NSCDC, executed the court order yesterday. The anti-graft agency is also arresting operators of the illegal universities.

ICPC Chairman, Mr. Ekpo Nta, told journalists yesterday in Abuja that the action was first in the series of implementing the outcome of an ongoing ICPC/NUC University System Study and Review, USSR, for which the antigraft agency sought and obtained a Federal High Court warrant.

The ICPC chairman, who was represented by Prof. Olu Aina, a member of the commission’s board, explained that the crack down on the illegal degree awarding institutions, which began simultaneously in nine different zones in the country, would be concluded by the end of this week.

According to the ICPC boss: “In keeping with its warning delivered by the chairman last week, ICPC has today (yesterday) commenced a nationwide operation to seal the premises of identified illegal universities, seize their properties, make arrests, prosecute and execute such other actions it deems fit.

“An Inter-Agency Team, comprising the ICPC; the NUC, the police, the SSS and the NSCDC will continue the exercise until all corrupt practices and impunity associated with the physical existence of such illegal institutions cease completely.

“We know it is a worldwide phenomenon which occurs whenever demand for educational or other services far outweigh supply, but we are determined to eliminate it from such a critical sector like education in Nigeria.”

The chairman made it CONTINUED FROM PAGE 1 clear that the universities being closed down were established in contravention of the law, which states that any application for the establishment of a university must be done through the National Universities Commission.

According to him: “These unaccredited institutions, apart from extorting huge sums of money from unsuspecting Nigerians, are manned by unqualified personnel and operate in makeshift structures and poor environment that cannot qualify our youth both in learning and character for the award of recognised university degrees.

“Students of these institutions are not admitted through JAMB (Joint Admissions and Matriculation Board), neither are they qualified or considered for the NYSC (National Youth Service Corp).

“As a result of all these deficiencies, the so- called students of these illegal outfits are not equipped for employment in the public or private sector. In the end, certificates obtained from such institutions become useless and the period of study becomes a monumental waste of precious time.

“Therefore, the activities of these illegal operators have impacted negatively on the mental, psychological and economic well-being of many young Nigerians and their parents. The institutions constitute an embarrassment to the government and remain a monumental corruption of the education system,” he stressed.

The ICPC, however, ruled out any form of compensation for the victims of these illegal universities, stressing that such persons can only be guided as to how they can gain admission into recognised universities in the country.

Speaking at the ceremony, the representatives of the NUC and former Vice- Chancellor of the Osun State University, Osogbo, Prof. Sola Akinrinade said that the NUC does not grant temporary approval for universities as being claimed by some of the illegal universities, stressing that there were 14 stages involved before the Commission could grant licence to any university in the country.