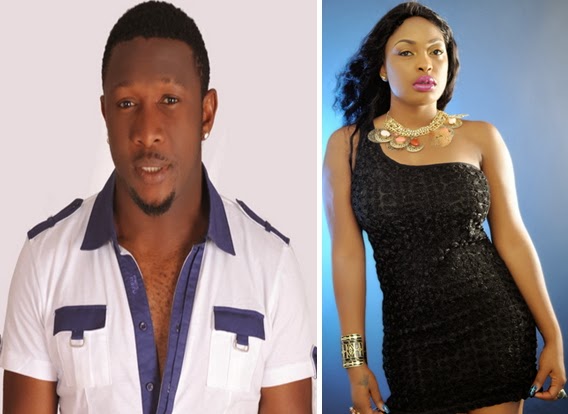 Nollywood actress Nuella Njubigbo who completed her NYSC service few weeks ago is in a serious husband-snatching scandal.

The producer of Jujuwood movie might have secretly rekindled her love affair with her ex-lover, Nigerian movie producer Tchidi Chikere, a married man.

As we are all aware that Tchidi dumped his wife and the mother of his three handsome boys last year to be with Nuella Njubigbo.

Things die down a little bit when the actress allegedly miscarried.

Ok, to cut the long story short, since her return from NYSC service, Nuella and Tchidi have rekindled their love. They’ve moved their relationship a step further.

According to sources in the know, the so-in-love Nollywood couple have bought a house together at Graceland estate in Ajah Lagos.

Nuella Njubigbo and Tchidi Chikere have been spotted together on several occasions shopping for products to beautify their new home.

We expect the couple to deny the story in order to cover up as usual.

For the records, before meeting Nuella, Tchidi Chikere was happily married to his wife Sophia for nine solid years.