According to Sahara Reporter, Nigeria’s minister of aviation Stella Oduah who is yet to recover from a N255 million bullet proof BMW scandal has been hit with yet a similar case.

The big madam who recently got the delivery of the 2 armoured BMW is on the verge of losing her job as anti corruption network vows to protest.

The Tundras are in addition to four stretch limousine cars that were allegedly purchased for the movement of VIPs.

Saharareporters obtained the photos of the Limousines, which were parked at the headquarters of the Total Radar Coverage of Nigeria (TRACON) grounds in Abuja today.

Efforts to get the NAMA spokesperson, Supo Atobatele, to comment on the fresh allegations proved abortive as he claimed he was driving and could not speak on the wheel. When later confronted with the facts, Mr. Atobatele denied the existence of the stretch limos claiming that NAMA is a “professional agency” that provides navigational aid to aircrafts flying within Nigeria’s airspace. He hung up and switched off his phone when further told that Saharareporters had the photos.

NAMA’s CEO, Nnamdi Udo, reportedly made the purchase and ‘donation’ of the Tundras to the Minister in June 2013. The four Limousines were received in the third week of June but have never been put to use.

Last week after SaharaReporters revealed the purchase of two BMW armored cars for the Minister, her aides and later the Managing Director of the Nigeria Civil Aviation Authority, Fola Akinkuotu, claimed the vehicles were meant for VIP movement, but a former lawmaker and leader of Anti-Corruption Network, Dino Melaye, told SaharaReporters today that it is the duty of the Ministry of Foreign Affairs to transport international VIPs in Nigeria.

He also revealed that the most important Aviation inspectors are teams from the ICAO who already have a Nigerian office which handles all their transactions.

SaharaReporters could not confirm if the NAMA limos are armored. It is also unclear why NAMA, an agency believed to be cash-strapped, would need stretch limos that are normally used by celebrities, to ferry international VIPS.

Meanwhile, a high-level source has confirmed to SaharaReporters that the Total Radar Coverage of Nigeria, which Mrs. Oduah brags about as one of her achievements in office, provides epileptic service. Because it often breaks down, the objective of establishing a safer national airspace is said to have been compromised. Foreign airlines are said to rely on their built in navigational equipment for air safety within the Nigerian airspace. 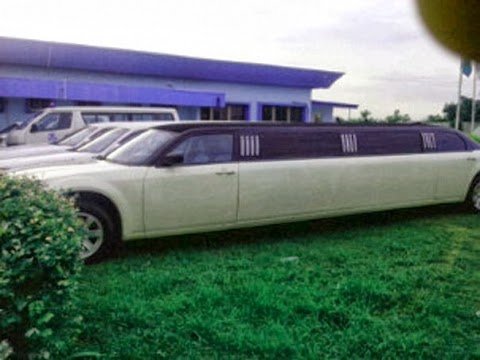 The limousines parked at TRACON headquarters in Abuja

While responding to the journalists, Stella Oduah allegedly flared up saying “Who the f**k are they? Who the f**k!”

By the time Joe Obi, the minister’s aide began pleading with journalists not to use the word “f**k” in their reports, the damage had been done.

Defending herself, Stella says “You know they hate me because I’m an Igbo woman!”

Imagine an aviation minister using f word in the media, this country is so tolerant courtesy of the ogas at the top tolerating nuisance.