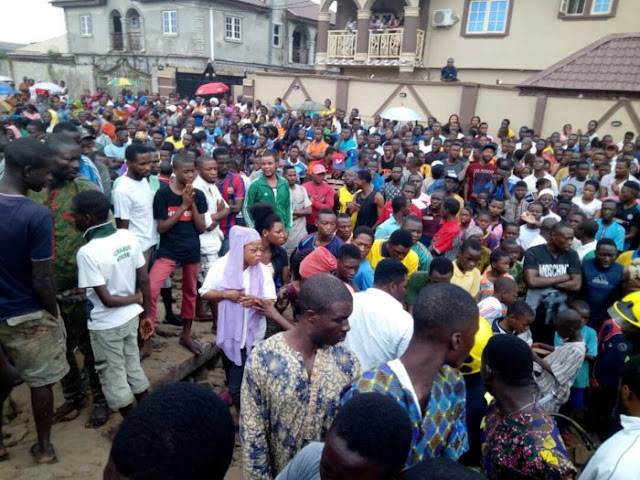 A nursing mother and her 2-year-old baby died today after an uncompleted building crumbled in Lagos.

The incident which happened at Seidu Ekeleji area of Meiran after an heavy downpour also left a girl injured.

The nursing mother and her 2 daughters (4 & 2 years) were washing clothes when the building collapsed.

Although the 30-year-old mother and her younger daughter died, the 4-year-old survived with life threatening injuries.

LASEMA operatives have evacuated the corpses of the victims from the scene. 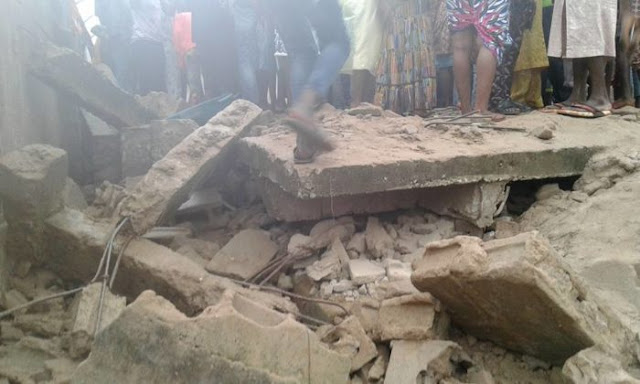 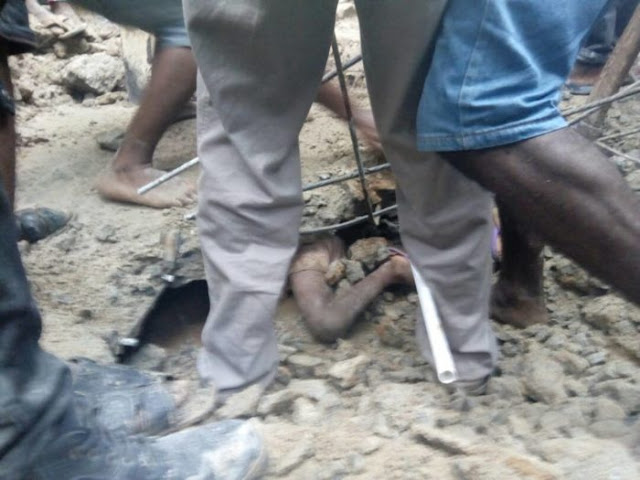 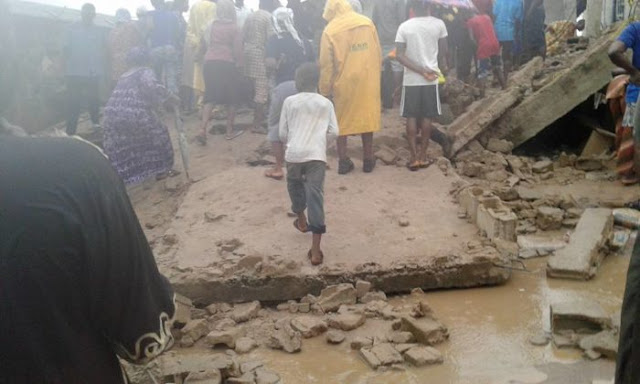