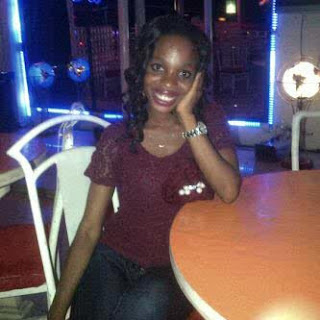 Okey Winifred, one of the victim

Friday July 19, 2013 was another day of mourning in Asari Toru Local Government of Rivers State. 2 female youth corpers serving in Community Secondary school Iddo in Asari-Toru LGA of Rivers State were on July 19 night severely burnt beyond recognition by unknown persons who attacked them in their room.

According to a serving corp member in the area, the two corpers who are both females were locked in after the attackers had poured fuel in their room and then set the room on fire.

One of the corper is named Okey Winifred a batch C corps member while the other whose name could not be ascertained as at time of this report is a new batch B corps member that just left camp and reported at the PPA few days ago.

Rivers state is becoming a more dangerous place for youth corpers as they are easily victims of violent attacks by locals and kidnapping gangs. We hope the concern authority will do something urgently and curb the various violence against the corps members. God help us.

One of the attackers has been identified as a boyfriend to one of the victim. He was arrested by Rivers Police command where he allegedly confessed to the crime.

Check that bobo very well, he is from Aluu village.

May the souls of these innocent ladies rest in perfect peace.