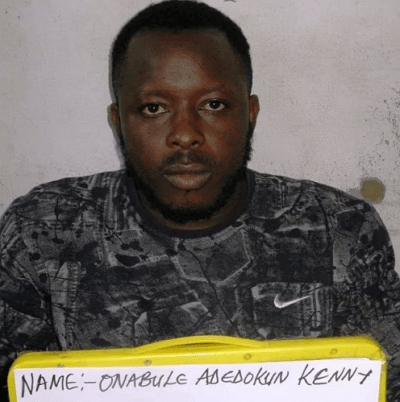 The Lagos Zonal office of the EFCC has arrested the duo of Ademola Babajide Adeniyi, a serving youth corps member, and Onabuke Adedokun Kenny, a graduate of the North American University, for alleged Internet fraud.

The suspects were arrested on July 30, 2019 at Novojo Estate, Sangotedo Ajah, Lagos, during a raid by operatives of the EFCC.

In his statement to the EFCC, the first suspect, Adeniyi, stated that he collected six iphone 8 and 4 Apple laptops from his unsuspecting victims, which he sold for over N1 million.

Items found on the suspects at the point of arrest include laptops, scam emails, pictures of some female victims, phones and a 2015 Honda Accord car.

In a related development, operatives of EFCC, Lagos Zonal office, have arrested a suspected member of a syndicate of internet fraudsters, Oriyomi Adeoye, in Lagos. 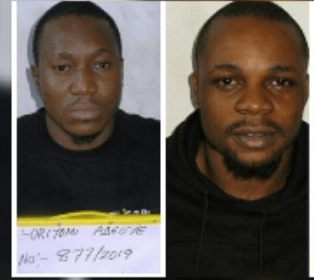 Adeoye was arrested on July 26, 2019 at Flanky Berry, Novojo Estate, Sangotedo Ajah, Lagos, for his alleged involvement in fraudulent activities and computer-related fraud.

The suspects will be charged to court soon.