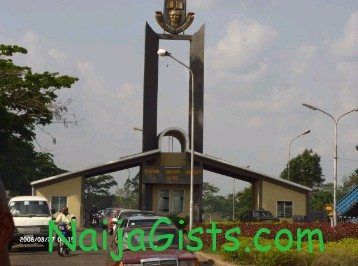 According to the latest ranking released by Webometric, Obafemi Awolowo University (OAU) in Ile-Ife Osun State Nigeria has been ranked the best university in Nigeria in 2013.

Webometric is a top ranking system for Universities which is conducted in line with composite indicator that takes into account both the volume of the Web contents (number of web pages and files) and the visibility and impact of these web publications according to the number of external in-links (site citations) they received. The ranking is published by the Cyber-metrics Lab, a research group of the Spanish National Research Council (CSIC) located in Madrid.

Webometric ranked OAU as the first and the best University in Nigeria.

In Webometric’s ranking of the best universities in the world, OAU was ranked 14th best University in Africa.

OAU’s ranking has really improved because in the last report, the University ranked 8th best University in Nigeria and 79th in Africa.

In the ranking that was released on Wednesday, the 6th of February, 2013, OAU beats the other top higher institutions in Nigeria for its administrative supremacy, intellectual and academic research.