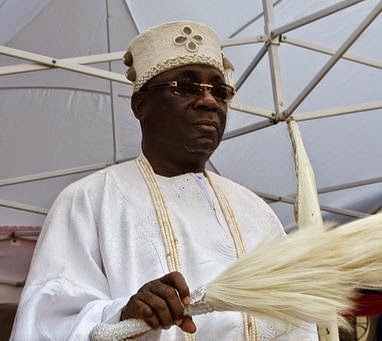 At last the video evidence of Lagos monarch Oba Rilwan Akiolu death threat against the Igbos living in Lagos has been exposed.

It was tapped during the meeting the traditional ruler had with Ndigbo leaders at his palace yesterday.

The king said he’ll kill anyone who vote for Agbaje and dump them into the ocean because he is the owner of Lagos.

This single mistake may likely cause Akiolu’s preferred candidate, Akinwunmi Ambode to lose the election.

Uttering death threats against fellow citizens should be condemned.

This monarch should come out and apologise for this.

Oba Eko Rilwan Akiolu Denies Death Threat On Igbos Living In Lagos, Says He Was Taken Out Of Context
Abdulsalami Abubakar’s ‘Peace’ Committee: Another Amnesty For Terrorists By Perry Brimah