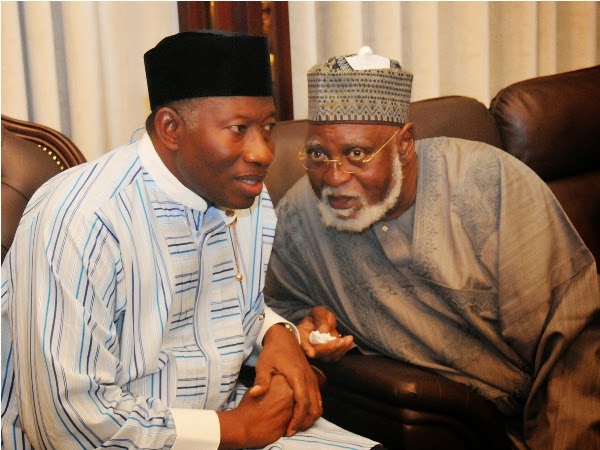 No secret, ex-president Abdulsalami Abubakar is chief cabal amnesty negotiator. The cabal are lining up in droves, from Jonathan through Dangote to Diezani; Abdulsalami negotiates amnesties aka, ‘peace’ deals. If Abdulsalami did not negotiate – according to those who speak for the committee while not realizing the implications of their words – there will be war, terror will be unleashed.

We were warned by Jonathan’s men of the consequences of him losing. From Akpabio to Jimi Agbaje to Nuhu Ribadu to Dokubo the warnings were the same: you must re-elect Jonathan else there will be terror unlimited; else Nigeria will be blasted to smithereens. So of course as Jonathan was voted out in spite of all antics played by him, the NSA, MoD and Service chiefs, an amnesty had to be negotiated.

It is a pity that Nigeria loves negotiating amnesties with terrorists. The nation is where it is today for this very reason. The amnesty negotiated with MEND led to the explosion in oil theft and pollution in the Niger Delta with the certification of shameless terrorists who continue to openly threaten the country and even its neighbors with foul utterances from their putrid cavities. Jonathan begged to sign amnesties with Boko Haram and kept postponing the war till the terrorists took over half of Adamawa and our patriotic local hunters had to step in and save the day. The current amnesty Abdulsalami is spearheading with these economic terrorist cabal is no different: a sin, an abomination and a curse on Nigeria.

No thanks Abdulsalami, they should have done their worst. Some of us were prepared to fight. Perhaps it is time we fight that war for the pride and dignity of the common man to finally be restored in this land. I have never been a fan of Abdusaalami; I hold him for the death of a friend and father to me, late Brigadier General Tunde Idiagbon related to the transfer of Nigeria to the cabal in the fourth republic sham.

Abdulsalami, dictator Bagangida’s brother, the co-founders of the PDP, willfully handed over Nigeria to these vultures and as I see him again spearheading an unconscionable amnesty for terrorists who have destroyed the hope and promise of our nation, who have cemented the masses in desolation; who have plundered money they will only eventually lose in Swiss banks, to the death of our elderly and the unleashing of deadly terror on our defenseless, I hate him even more. Hate is a strong word, I know. But people like this that never give up but always continue to negotiate for terrorists against the interests and dignified survival of the masses deserve no less. Why are masses not invited to the amnesty table to choose as is their right and theirs only? We will not back down.