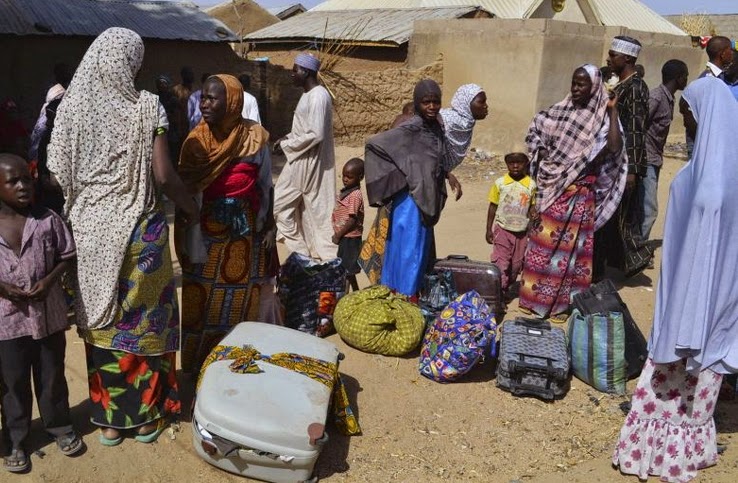 Last week, the insurgents carried out two beheadings and 10 amputations in the commercial city of Mubi.

According to witnesses, the terrorists amputated the hands of 10 residents found guilty of looting  and other sundry offences.

Sources in Mubi town said they saw the terrorists parading 10 persons whose hands were said to have been amputated.

The victims were said to been amputated in the presence of residents the insurgents asked to converge to witness the enforcement of Sharia law.

An eye witness account indicated that two imams were dragged out from a mosque and beheaded for allegedly preaching against Boko Haram. The insurgents also advised all Christians in the Mubi Local Government Area to relocate to other areas except they were prepared to be islamised or be killed.

The source further said that the Emir’s palace in Mubi had been converted to the residence of the ‘Amir’ and that the insurgents hoisted their flags to signify that they were in control of the palace.

“I must give thanks and praises to God almighty for spearing my life; I saw as people were being slaughtered like goats. I am too happy to see myself alive,” a female student of the Federal Polytechnic, told our correspondent in Yola on Sunday.

The insurgents said their mode of prayer was different from what Muslims in the town were used to and that they were “in Mubi to restore Islamic independence to the people and anybody who does not follow us must be killed.”

The terrorists reportedly told residents that they are not there to hurt anybody but to free them from religious slavery.

Many residents of Mubi have fled into Cameroon while some are still hiding in the bush without food or water.