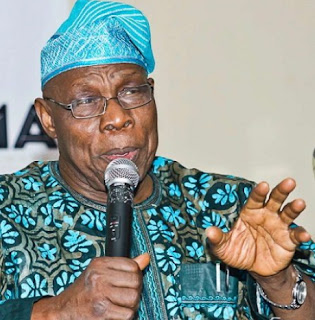 December 7, 2017 – Obasanjo Condemns Slave Trade In Libya, Says Africans Are Being Sold As Slaves By Africans To Africans

Ex-President Olusegun Obasanjo has for the first time condemned the modern day slavery ongoing in some parts of Africa.

OBJ in his speech this morning in Abeokuta said the development is worrisome.

Here is what Obasanjo said at the 2017 Annual Conference of the Comptroller General of Immigration which held at the MITROS Residences in Abeokuta today.

“I believe that slave trade in the 21st century should be condemned in the strongest language possible and nobody who is involved in it should be excused.

“What can we do and what must we do? We must ensure that conducive atmosphere is created for genuine exchange of goods and ensure development within our country, sub-region, continent and the world which we live.

“But then today, migration has a very nasty connotation particularly when you watch the television and you hear the story of thousands of our youths daring to go through the desert.

“Then after they have embark on such perilous journeys, some of them are sold as slaves. Slaves in the 21st century, Africans being sold by Africans and maybe to Africans.

“All of us as leaders must feel a sense of regret and have sober reflection on what we have done or what we have not done to bring this about to our own people.”