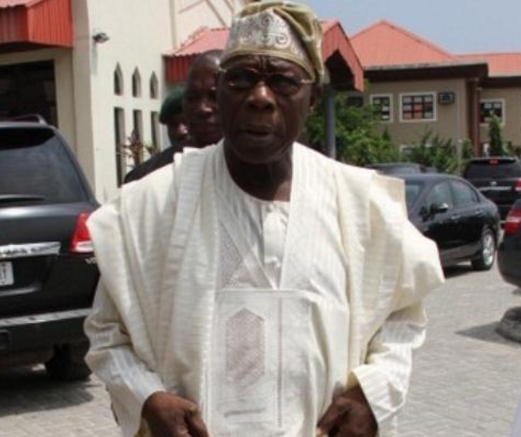 Ex- President Olusegun Obasanjo has warned former Attorney General of the federation and Minister of Justice Mohammed Adoke to stop mentioning his name in the Malabu Oil deal.

According to Premium Times, Obasanjo described the award of OPL 245 oil field licence as the “height of corruption,” which he could not have endorsed.

He was quoted to have said: “Adoke and others should not drag me into a matter I know nothing about. If they have been asked to answer questions over decisions they took while in office, they should do that honourably.

“They should not bring Obasanjo into an Etete deal. I was not part of any such deal.
”If I hold that view, I could not have approved a deal with Dan Etete. What Etete did is the height of corruption. He appropriated the asset to himself illegally, illegitimately and immorally.
“I can’t remember giving approval that the block be given back to Etete
“We gave it back to Malabu? On what ground? Do you have any such evidence?

“Ask Bayo Ojo and Edmund Daukoru what really happened because the stand I took at the time was unassailable.
“If Daukoru has evidence that I approved that the block be given back to Malabu or Etete, let him produce it.
“If it is proven that I indeed approved the deal, I will be willing to apologise to Nigerians. But we have to get to the bottom of it all.”

The out-of-court settlement on the controversial $1.09billion Malabu Oil Block was initiated in 2006 during ex-President Olusegun Obasanjo’s administration, it was learnt yesterday.

But the former president has told former Attorney-General and Justice Minister Mohammed Adoke to stop linking him with the deal.

The details are contained in a December 2, 2006 letter to Malabu Oil and Gas Limited (For the kind attention of Chief Dan Etete) by a former Minister of State for Petroleum Resources, Dr. Edmund Daukoru.

The ex-minister, who is now a monarch in Bayelsa State, could not be reached for comments last night.

Although Daukoru acted on behalf of the Obasanjo administration, there is no evidence that the ex-President signed the documents.

Continue Reading
You may also like...
Related Topics:malabu, obasanjo, oil