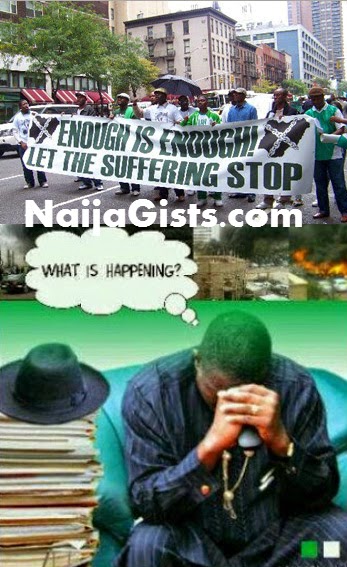 Ex-Nigerian President Olusegun Aremu Obasanjo today called on Nigerian youths to take responsibility for the freedom of their country.

In a message he delivered at Ijero Baptist Church’s 100th-year anniversary in Lagos, Obasanjo said the generation before him fought for Nigeria’s unity during the civil war and won.

He also claimed that the generation after fought for democracy.

He therefore warned the Nigerian youths to stop complaining  and fight for their freedom.

“Recently, a son of my friend looked at everything around him and got angry and went to meet his dad who is my age mate. He told his father that our generation is a lost one. The father did not pay him any attention so he came to meet me.

“He told me what he told his father and justified it by telling me that he went to the university and graduated but got no job. So, our generation has failed him. So I told him that it is normal because that was how we used to blame the generation before us.

“But I told him that the generation before mine was the one that fought for our independence. Whichever way we want to criticise them, they gave us independence. Then my generation which you say is not good, fought the civil war. We fought for the unity of Nigeria and if we did not do so, you probably would need a visa to travel to Kano or Port Harcourt. Not only that but that generation also established the foundation of democracy.

Are the youths of this great country ready for revolution? Time will tell.