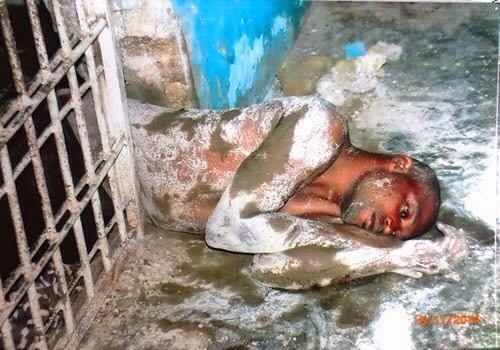 Pictured above is Femi Akanji who was recently arrested for burglary at a shop in Oyo State.

35-year-old Akanji was imprisoned in a cell in Oyo pending his next court date before he got into another trouble.

In a recent confession to Tribune, the suspect said he was trying to escape his cell in order to avoid further trouble when he got stuck in a hole.

“I decided to escape from the cell to avoid the trouble I had put myself into, unknown to me that I was complicating matter. After my two cell mates had slept, I started using my hands to dig the wall silently in the dead of the night. I started from a point where I noticed a crack in the cell.When some bricks fell, I further used them in digging and after I had created a hole, I pushed my head into it and tried to escape before dawn. Unfortunately for me, I got stuck, so I shouted. My cry brought the policemen on duty towards the cell and woke my co-inmates up. That was how I was rescued and secured till I was brought to Ibadan. Now, I know that crime does not pay. If God should save me from the current situation I am in now, I will never venture into crime again in my life. I have realised that whatever is acquired fraudulently or any ill-gotten wealth does not last. I have my time and life. If I had been contented with my little business and had not engaged in crime, I would not have lost my belongings which now serve as part of the exhibits recovered.” – Akanji told Tribune

Check out another photo of the suspect below 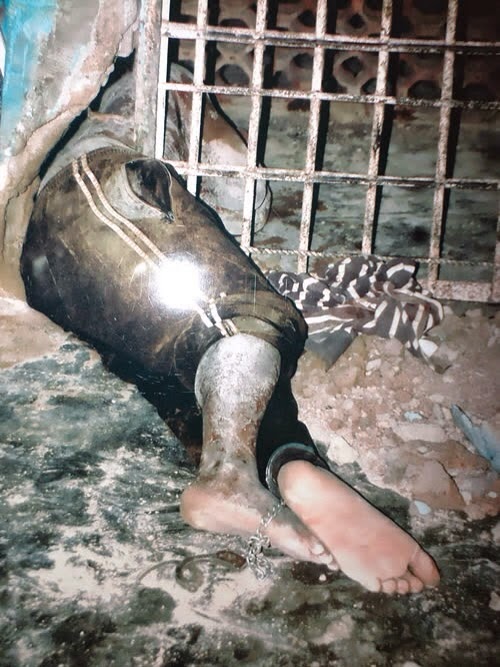 Chei! crime no pay o see the dirty cell prisoners are being kept… what a pity!