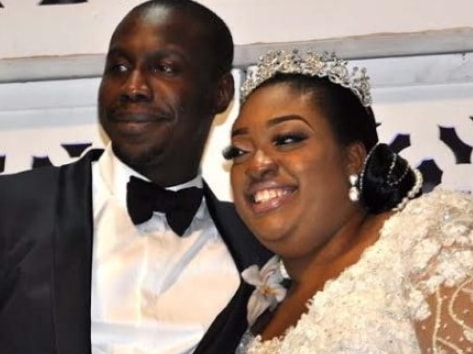 Obasanjo’s ex-wife, Taiwo Obasanjo has been vindicated exactly a year after she moved against her son, Olujonwo Obasanjo’s wedding to Baba Ijebu Lotto boss daughter, Temitope.

A year after the society wedding,  Jonwo has dragged his wife to court over domestic violence and threat to life.

In court papers posted at the entrance of Temitope Adebutu’s house, Jonwo alleged that his violent wife forced him out of their matrimonial home after a series of domestic violence attacks. 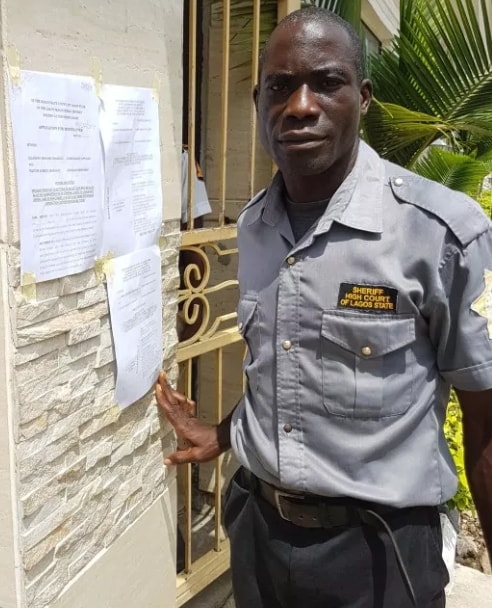 See the court documents below 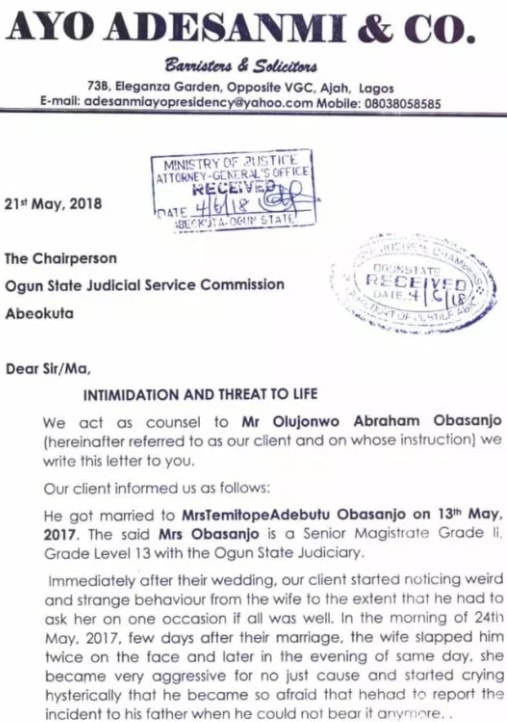 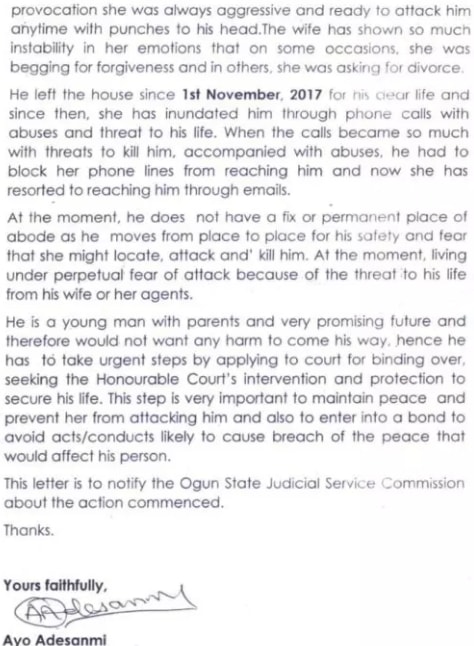 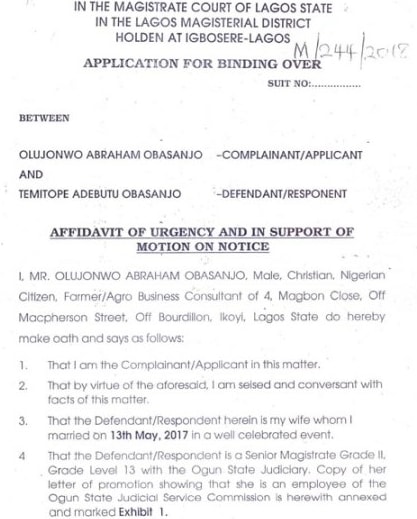 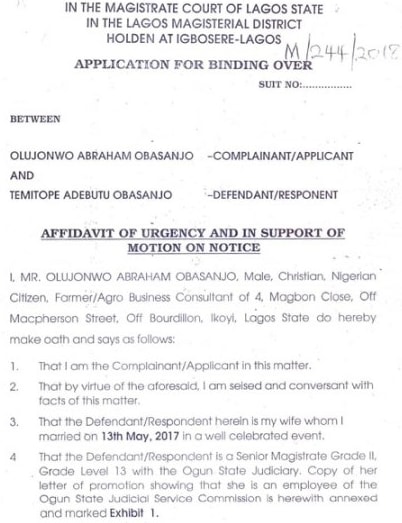 Insiders alleged that Jonwo has fled Nigeria as his lawyers handle the case.