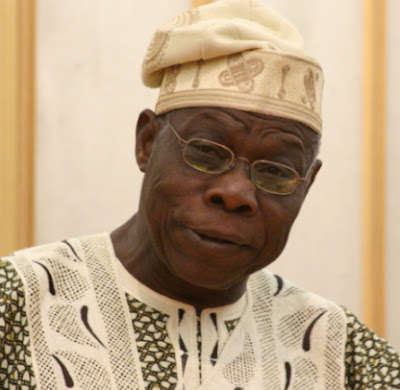 September 5, 2016 – Obasanjo Under Fire For Telling Alimodu Sheriff To Prepare For PDP Burial

Ex Minister of Transport Chief Ebenezer Babatope and some other leaders of the Peoples Democratic Party (PDP) have expressed angst over statements reportedly made by former president Olusegun Obasanjo describing the party as a dying baby that should be in intensive care.

The former president is said to have made the statement at the weekend when he played host to former Borno State governor and factional National Chairman of the PDP, Senator Ali Modu Sheriff, who visited him at his home in Abeokuta.

In a telephone interview with Daily Sun, Babatope said it was uncharitable for the ex President to have made such a comment about the PDP, a political party that provided him the platform to govern the country for two terms.

The former Minister said if anybody should be blamed for the challenges confronting the opposition party presently, that person should be Chief Obasanjo.

Similarly, Deji Adeyanju, PDP director for New Media, said no matter the grudges the former president may have against the party, it was unfair of him to describe the party in the manner he did, especially as he has benefited immensely from the PDP.

Adeyanju added that it was wrong for Obasanjo to ask the same people trying to kill the party to bury it completely.

“The truth is that Obasanjo is one of the leaders we the youth look up to. No matter what the party has done to him, there are certain things he should not say as he has benefited from the PDP. Because he has problem with the former president does not mean he has problem with everybody. Those who want to bury the party, Obasanjo should not go asking them to bury it, ” he said.

Another chieftain of the party Chief Chyna Iwuanyanwu said he is not surprised by the comments made by the former president. He said that all along Chief Obasanjo has made it clear that he prefers a one-party state, noting that all through his tenure, the former president worked assiduously to undermine opposition political parties.

He said Obasanjo and others wishing the PDP dead should know that without the opposition party, there would be no democracy in Nigeria.