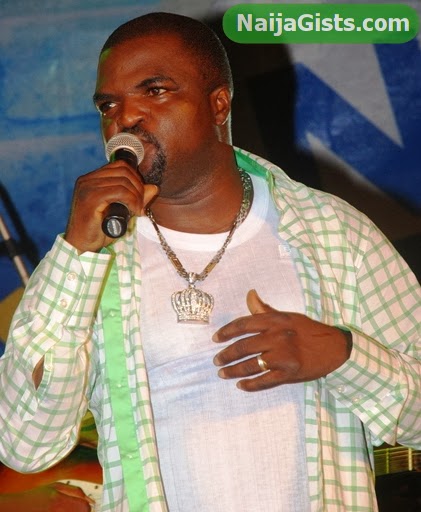 Obesere Declared Innocent Of Rape; Police Claimed He Was Setup

Fuji music star, Abass Akande Obesere, embroiled in an alleged rape scandal has been declared innocent of the grievous offence.

According to a report, the Nigeria Police through Ms. Ngozi Braide, Lagos State Command Police Public Relations Officer, PPRO, has given the Fuji musician, a clean bill of health on the rape scandal.

She stated that police investigations revealed that it was a case of frame-up and the accuser (Olanike Olaiya) is a “blackmailer and extortioner”, thus absolved Obesere of any culpability.

“The investigation so far carried out shows that it was a frame-up because the lady has refused to honour police invitation. And we have a doctor’s report that showed that she was not raped. Before you prosecute a case of rape, there are certain facts that must be proved,” Braide was quoted.

She went further: “In our investigation, we are made to understand that this lady on her own went to Obesere’s house in search of Obesere, and spent the night there. She was there cooking and everybody in the house ate. People in the house have equally come to make statements.

“I think there was mutual relationship between them. During the period she was in the house, they had canal knowledge of each other and she left him after which she went to the station to report that she was raped.

“Before she went to make such allegation, she had already contacted Obesere on phone to demand certain amount of money that she was bleeding and so on. The musician now referred her to a hospital where the doctor examined her and didn’t see anything abnormal. And for further clarification she was advised to go for scan, after she left and never returned to the hospital.”

On the whereabouts of the lady, Braide was quoted: “As I speak with you, with the address she left at the station, we have tried to locate her but we discovered it was fake. I think it is a calculated attempt maybe to tarnish the image of the public figure.”

Braide said investigation is ongoing as to get to the root of everything. She said the police would not rest until the whole truth is unravelled.

Early last month, reports swirled around of a lady accusing the Fuji music star of having unlawful carnal knowledge of her in his Okota, Lagos home.

The lady also accused Obesere of inserting a ring in her vagina causing her to bleed as well as expressing fears of her becoming a victim of a diabolical act.

Continue Reading
You may also like...
Related Topics:innocent, Obesere, police