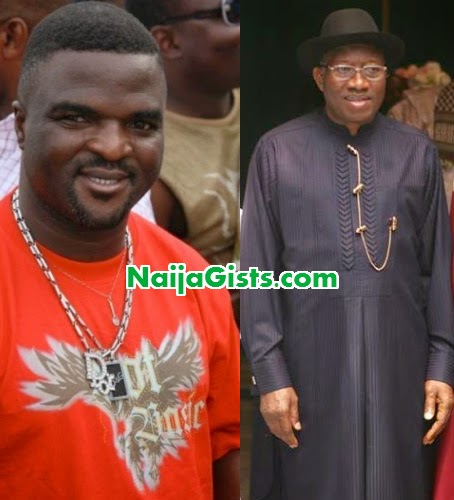 According to the Fuji star’s publicist, he used the opportunity to call Jonathan aside and privately discussed the issue of piracy with him. He told him to toughen piracy law and increase the 50,000 fine being paid by pirates to a higher figure.

The singer through his publicist on Tuesday told journalists President Jonathan was moved to tears *wink** by his statement and promised to act speedily after his reelection.

The Fujician, a popular figure for PDP in South West expressed his confidence in Jonathan’s ability to handle pirates.

With no photo evidence, Obesere has been using his ‘virtual’ meeting with Jonathan to get stars among his peers. #the man get mouth die