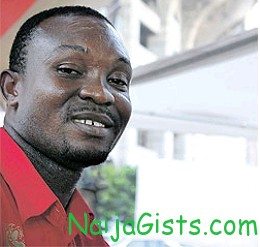 31-year-old Obinna Nnodim has played for several  football clubs which include Dolphin & Julius Berger before his death.

After an injury he sustained on the field, he suffered a broken knee which necessitated his travel to Thailand where he underwent knee surgery however, that didn’t stop him from playing actively.

Obinna Nnodim’s death has been ruled suspicious by his family members who have suspended his burial until proper autopsy is carried out.

According to Jerry, Obinna returned from Thailand with no obvious sign of illness for his wedding in Nigeria few weeks ago until the sudden news of his death last week.

The ex-footballer who occasionally works as an agent to source footballers for Thailand was set for burial last week’s Thursday however his burial has been suspended indefinitely until the cause of his death is ascertained.