Odunlade Adekola, fondly referred to as the meme king, is a Nigerian actor, who specializes in the Yoruba movie-scene. He is arguably the most successful Nollywood actor this year. Due to his gimmicky facial and gestural expressions in movies, his photo-scenes are often adopted as memes across various media platforms in and beyond Nigeria.

The famous actor owns a movie production line known as Odunlade Adekola film Production (OAFP). All his movies are produced through this platform.

Odunlade was born in Abeokuta, Ogun State on the eve of the New year (December 31, 1978). His parent(s) hails from Otun-Ekiti, a satellite town in Ekiti State.

He was raised in a spiritual home belonging to his parents, who are both religious leaders. His father is a pastor and his mother, a deaconess. Odunlade Adekola acquired his primary and secondary education in his resident city of Abeokuta. At the primary level, he was enrolled at the St. John’s Primary School, Abeokuta. After his primary education, he gained admission into the then-formidable St. Peters College, Abeokuta.

At the tertiary level, he attended the Moshood Abiola Polytechnic  Abeokuta. However, he was only able to obtain ND (National Diploma) certificate and couldn’t further his education.

As a man of enviable conviction, Odunlade Adekola enrolled at University of Lagos, with a view to further his education up to bachelors level and obtain the tag of a graduate. He graduated from University of Lagos only few months ago in May. He obtained a Bachelors degree in Business Administration. Below is a summary of Odunlade Adekola’s education.

Despite joining the Association of Nigerian Theatre Arts practioner at an early age of 17, it took Odunlade about 10 years before he got any reasonable movie role. Even at that, he was restricted to mundane and supporting roles up until few years ago, when he caught his big break.

Today, Odunlade Adekola is the ‘face’ of Nollywood/Yoruba movies platform. He has produced and featured in over a hundred movies in the past 10 years alone. He’s currently working on a new project at various locations in Lagos.

Of his productions, the most significant ones are outlined below.

As a hardworking and highly talented actor, Odunlade has been honoured year in year out for the past 7 to 8 years. He has won City People’s Best Actor of the Year award on 5 separate occasions from 2009 to date.

The highlights of these was his African Movie Academy Award for the Best Actor of the Year in 2014 and his first AMVCA award in September. Odunlade won the 2018 AMVCA Best Actor in a Comedy/TV Series category. He was rewarded for his role in the movie, One million baby.

The 39 year old actor is happily married to his beautiful wife, Ruth Abosede and their marriage is blessed with wonderful kids. The couple got married 15 years ago in 2003. 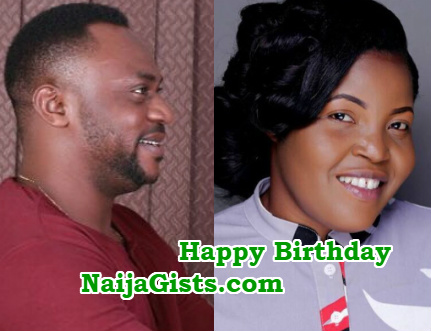 There’s been rumours of Odunlade Adekola’s infidelity and unfaithfulness to his wife. He has however, dispelled the rumour.

There’s no concrete setup to accurately evaluate Odunlade’s net worth. However, given his movie features and productions (over 100) over the past 10 years and more, his net worth has been set in the region of 150 million Naira.