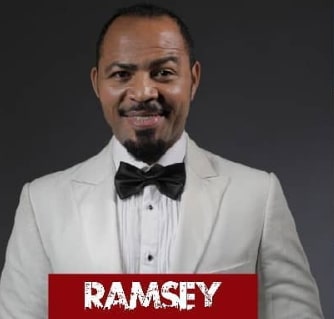 Ramsey Nouah is a famous Nollywood actor; one of pioneers of present day Nigerian home videos. Though, he prefers to stay away from the controversies and unnecessary contests which have dominated the Nigerian entertainment scene today, he is no doubt one of the most heralded and highly celebrated Nollywood actors.

He’s hardly in the news these days, as he prefers the low-key lifestyle; away from critics and pryers roaming the media-scape of Nigeria.

Ramsey Tokunbo Nouah is of bi-racial descent; born of Mongoloid/Arabian (Asian) and Negroid (black African) blood. His dad is an Israeli national, while his mother is a Yoruba woman from Ondo State in Nigeria. His parents gave birth to him on December 19, 1970 (he will turn 48 later this year), in Edo State.

Ramsey’s mother, who is of Yoruba descent, gave him the name; Tokunbo, which is a Yoruba name. Though he was born in Edo, he spent most of his early life in Lagos and has been living there ever since.

As revealed by Nouah himself recently, he was the brand-face of the famous Nigerian Margarine (butter) brand, Blueband. This was around the time when he was only 8 years of age.

Despite having dual nationality by birth, Ramsey has decided to fully adopt his mother’s nationality; Nigeria. He revealed this himself, when he pointed out that he possesses only the Nigerian passport and none of other nation(s).

Ramsey started his educational sojourn in Atara Primary School, located within his resident community in Surulere, Lagos. Upon graduating from the basic school, he was admitted into the Community Grammar School (CGS) in Surulere, for his secondary education.

At the tertiary level, he attended the University of Lagos, where he studied Mass Communications.

Shortly after Ramsey Nouah finished his programme at the University of Lagos in 1993, he ventured into acting and he has since went on to become one of the best and most celebrated in his chosen endeavour.

Ramsey started his acting career about 25 years ago in 1993, and he’s since been very active in the industry within this period. His breakthrough feature was his role in Fortunes (a Television Soap Opera); where he featured alongside the likes of Regina Askia and Liz Benson.

His performance in the TV Soap Opera consequently swayed several movie directors in his way. He has since featured in many top Nollywood movies, often taking the Lead role in romance-themed movies.

Ramsey Nouah reached the pinnacle of his career in 2010, where he won the award for The Best Actor in a Leading Role. This was in reward for his excellent performance in the award winning movie, Figurines.

Tokunbo has featured in a good number of movies over his 25-year sojourn in the Nollywood. Below is an outline of some notable ones.

The star actor is happily married to his beautiful sweetheart, Amelia. Their marriage is blessed with 3 children; Desire, Quincy and Camil (a girl and 2 boys). 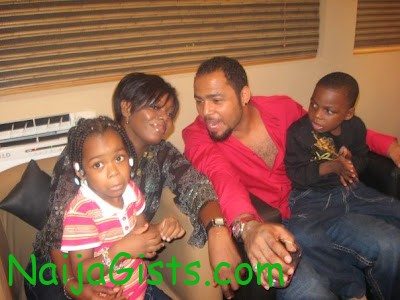 Ramsey Nouah and Amelia Philips got married in 2002 and their marriage has been one of the least-publicized; hence, they’ve been able to keep their marriage travails off the Nigeria media-scape. 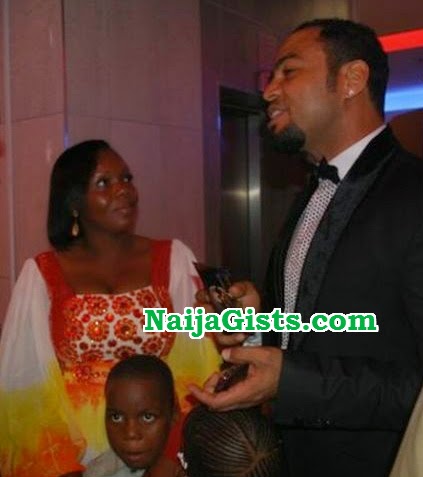 Ramsey Tokunbo Nouah has been living a fairly good life right from birth. At the age of 8, he was endorsed and made the ‘face’ (child ambassador) of popular margarine brand, Blueband. In addition, he’s had a highly successful 25-year career in the Nollywood. Up till today, he is one of the most featured actors in top Nollywood movies.

With respect to Ramsey Nouah’s acting and ambassadorial earnings over the course of his 25-year career, he is estimated to be worth in the region of 1.5billion Naira.