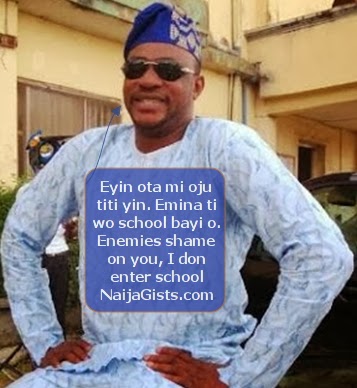 The married father of three got himself into a big scandal last year after fans accused him of using bad English.

To prove them wrong, Odunlade Adekola has secured an admission at the University of Lagos, UNILAG to further his career.

He is currently in 100 level studying Business Administration.

Another Nollywood actor who recently returned to school is Bolaji Amusan aka Mr Latin.

The comic actor is about to round up his Tourism course at an unspecified University in London.