Odunlade Adekola got married few years back to his born again Christian wife.

Contrary to his wayward acting style, Odunlade Adekola is reportedly a committed husband who doesn’t cheat on his wife.

The mother and her baby are said to be doing fine. 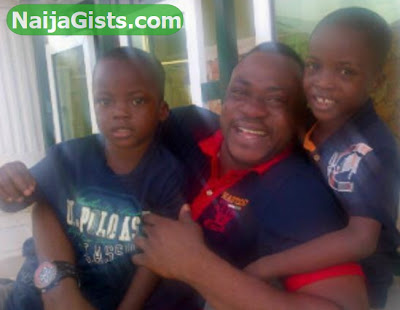 According to a source, the now father of three is very excited with this new addition.

He recently became the highest paid Yoruba actor with over N250,000 per movie role.