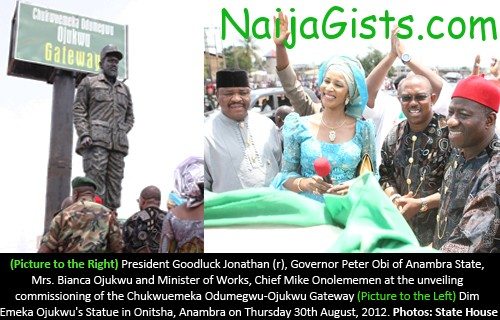 The wife of the late leader, Bianca Ojukwu, and Governor Peter Obi were present at the event.

People were spotted admiring the statue of the late leader yesterday at the commissioning of the Chukwuemeka Odumegwu-Ojukwu Gateway . 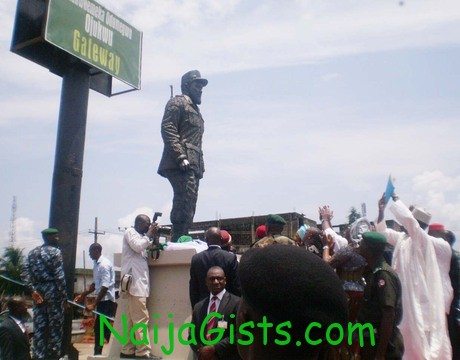