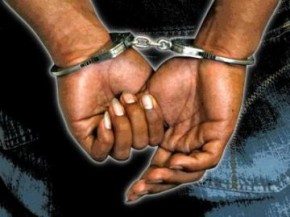 A jilted husband identified as Okoye Gabriel has been arrested by the police at Ikotun Division in Lagos State, Southwest Nigeria, for allegedly pouring a substance believed to be raw acid on his wife, Charity.

She was severely burnt and sustained injuries on her body.

The 33-year old Enugu State-born man unleashed his anger on his wife for allegedly dumping him.

Gabriel is currently being detained at the police cell at Ikotun, while his enstranged wife, Charity was rushed to Lagos State University Teaching Hospiral, LASUTH, Ikeja, Lagos where doctors are battling to save her life.

The incident happened at the popular Governor Road in Ikotun, Lagos.

We gathered that Gabriel did the introduction to marry Charity at her family’s home about four years ago at Enugu State and had not concluded her traditional marriage rites before he brought her to Lagos.

They lived together as husband and wife and had one kid.

Trouble started last year between the couple over suspicion by Gabriel that Charity had another lover. She denied the allegation on several occasions, but her husband did not believe her. At a time, she complained to her friends that she was tired of his accusation and decided to quit the marriage.

She reportedly told her husband that since he does not trust her, there was no need to remain in the relationship.

She refused and told him that the relationship was over. When it was obvious that he could not persuade her to come back, he got the substance, poured it on her face and other parts of her body and fled.

The police started a manhunt for him and eventually arrested him. Sources at the station confirmed the incident and told our correspondent that he will soon be charged to court. (PMnews Report)