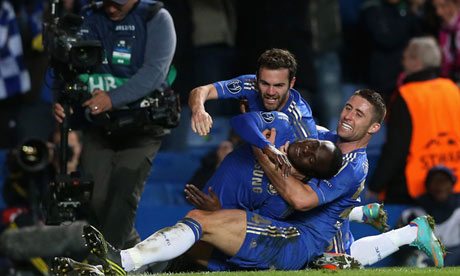 A lucky punter scooped £190,000 from an £11 bet on four Champions League games played on Wednesday night.

He then joked with pals on Twitter, telling them: ‘(I’ll) treat my mates to a £5 curry and a pint prob – expecting change from a 20 note.’ (Source:DailyMailUk)