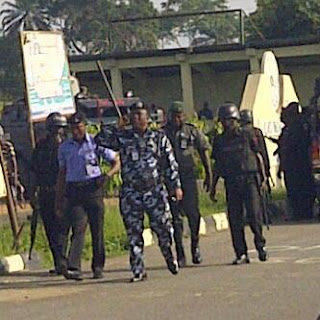 May 20, 2013 – Olabisi Onabanjo University Students Protest: 2 Killed By Police During Riot In Ago Iwoye Ogun State

The campus of Olabisi Onabanjo University in Ago Iwoye, Ogun State boiled early Monday morning during a violent student protest that led to the death of two.

In the wee hours of today around 7:30 am, angry students had stormed the gates of the institution which they succeeded in locking. Policemen were however on the scene not long after.

Some of the protesting students including the President of the Institution’s Students Union Government, James Ogunjimi were reportedly arrested by the police and taken to Ijebu Igbo. 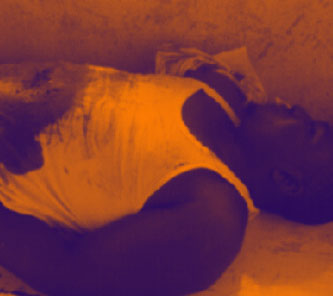 Street Journal’s findings revealed that the students were protesting against some of the “anti-students policy” of the school’s management.

Some of the students revealed that one of the new policies stipulates that any student who does not pay school fees on time would not be allowed into the exam hall, which could mean an extra year for some.

Two students were feared dead during the protest as students claimed policemen opened fire on the students. In a matter of minutes, it was all over the social networks that 2 students were killed while more than 300 were lost in the bush.

A picture of a dead male in white singlet having a bullet wound in the stomach region also went all over the social media as one of the students killed in the protest.
Street Journal called Mr Muyiwa Adejobi, the spokesman of the Ogun State Command of the Nigeria Police Force. Adejobi denied the students’ claims that two of their colleagues had been shot dead by the police.

He said  ”they went violent this morning and some of our men were deployed to disperse them. The operation was led by a Deputy Commissioner and no live bullet was used so the issue of killing does not arise at all.” Speaking further, Adejobi said “they are just using the issue of killing to seek public sympathy.

We don’t kill. That was the same thing they said when there was a crisis in Tai Solarin University of Education in Omu Ijebu, they said policemen killed four students. No one saw the bodies. That is what they always say to win public sympathy”.