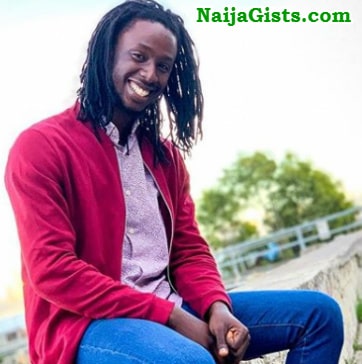 Contest across the United States, a film by Olamide Oladimeji and Ejiroghene, was selected as one of the top two.

The film received an honorable mention and an ovation at the Season 3 premiere of the Netflix episodic series in Los Angeles, California, United States.

“It was a good experience creating this project and getting the attention that it’s getting, the reaction of the audience and show creator Justin Simien towards the film was quite humbling.”

“This is the second time we’re screening on the big screen. Earlier in the year, it was screened at the Pan African Film Festival and was recently selected to be screened at the Greater Cleveland Urban Film Festival (GCUFF). However, having it here at the Netflix premiere of season 3 of Dear White People is a lot different. We feel blessed and honored,” he said.

“As a first generation Nigerian American, it is important to see my two cultures (Nigeria and America) properly presented on the screen. It was that merging of the two cultures that the creator Justin highlighted and acknowledged. It’s a great opportunity, seeing people celebrate and feel a connection with a film that showcases both African and American talent on the screen. We’re proud of what the film has done, and we’re working more than ever before to represent our people properly in the industry. We feel grateful and excited for the next stage of our careers,” added Ejiroghene.

After studying Cinematography at New York Film Academy, Oladimeji, who graduated in 2015, has been shooting more of narratives in form of short films and TV pilots.