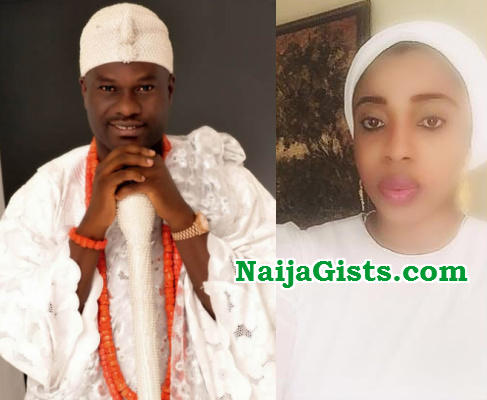 August 15, 2017 – Olori Wuraola Ogunwusi Prevails On Ooni Of Ife To Make Her The 1st Queen As First Wife Bukola Ogunwusi Laments In Exile

The Ooni of Ife through his media aide today shut down the report that his marriage has crashed.

However palace insiders today told NG that since the marriage crashed few days ago, the palace has received so many visitors from Nigeria, UK and the United States who are trying to convince the monarch to reconsider Wuraola and allow her to retain the title of the first Olori even if he plans to marry another wife.

Our source said Obasanjo has finally waded into the drama. OBJ is said to be calling for calm.

However, the monarch is yet to make up his mind on what he will be doing next as Olori Wuraola hasn’t been allowed to return to the palace.

The insider told NG authoritatively that  Oba Ogunwusi debunked the messy report as he doesn’t want anything to tarnish his throne.

However, his denial will never change the fact that his 17 month old marriage to Wuraola has crashed.