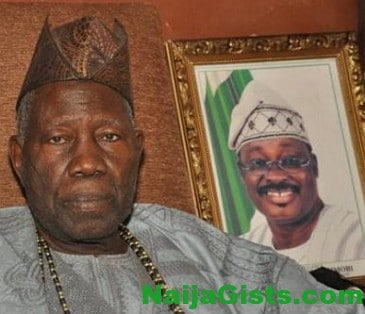 “The Coming Anarchy”, this is the title of a book written by Robert Kaplan, the celebrated author of “The Balkan Ghosts”.

In the book, Kaplan looked thoughtfully at the future of global peace after the end of the Cold War and beheld worrisome scenes suggesting that new forms of tension would engulf the world from several important forces.

He made far-reaching predictions on the role of religion, tribalism, resource misuse, demographic youth bulges, rampaging national pride and a host of others in pushing global peace to new tipping frontiers.

In a lengthy cover story he published in the Atlantic Monthly of 1994, Kaplan shed more light on his fear for the future of peace. Among his many worries was the place of post-colonial strong men using inherited state system to cultivate dictatorial administrations and foster a culture of perennial internal conflicts notably in Africa.

Even though, he admitted that strong men are now scarce on the continent given the series of healthy political developments within, nevertheless, pockets of them do exist still as major threats to peace and stability of both national and sub-national governments in Africa.

Recently, Ibadan, the political capital of the Yoruba experienced the touch and threat of its own strong man when the governor of the empire-state, Senator Abiola Ajimobi decided to topple the chieftaincy apple-cart by synthesizing 21 new Obas in a coronation ceremony reminiscent of a catholic marriage. Of course, the city reacted.

Recipients of new chieftaincy bouquets rejoiced endlessly singing choric chants to the new hero of the land. On the other side of the spectrum, the losers groaned and cried blue murder. Notwithstanding the hues and cries, the deafening and palpable outrage in some instance, the strong man characteristically stood his ground invading the state television station to give hint of the finality of his action and the total readiness of his administration to crush any opposition in the way of his epochal chieftaincy reform.

However, just as the hostile outbursts were simmering down almost in response to the chest-thumping, the city came alive again this time, in distinct battle arrays. Reason: The paramount ruler dared the rage of the strong man by approving the appointment of new chiefs, part one in grade, and subsequently fixing their installation for his palace on Monday, September 25.

However, a short while into the splendid occasion, some strange guests popularly known as ‘eru iku’ (servants of death) attended the function to witness history and present their own royal gifts of AK-47 rifles. In the typical nature of such influential guests, the party immediately felt their presence as terrorizing deluge of gun shots shattered the peace of Popoyemoja, the proverbial street of the mermaid, throwing the entire installation ceremony into panicky convulsions.

By and large, since this murderous attack, there had been claims and counterclaims on both the identity and constituency of the hoodlums and their sponsors. On the one hand, government came out to condemn the heinous act pointing accusing fingers at a leading politician in the state for masterminding the invasion in his desperate search for political relevance ahead of the 2019 polls. From the camp of the accused, the lame theory of sabotage fire was roundly heckled while it insisted also that the raid was a premeditated action to bring home the consequences attendant to government’s earlier warning against disobedience.

But beyond these, individuals in the ancient city are getting sensibly worried on the broad security implications of the attack for a number of reasons. On the one hand, the synthetic Obas are now moving around with armed thugs showing substantial loss of faith in conventional security agencies and the growing preference of private armies while on the other hand, the violated in the palace invasion are mobilizing their killing instincts for deadly reprisals. In all, troops are forming and the front line is becoming well-defined and well-horned for battle by the day.

For Ibadan, the cautionary Yoruba adage “those who know the work of darkness will not injure the moon” is fast holding true. For sure, the moon of communal peace in the land appears broken and nothing but the darkness of war is looming with frightening insistence. The dynamics are fairly fast and right now situation has reached a new low with the alleged briefing of the President on the unbecoming conduct of the Olubadan by the governor in an action many suspected was aimed at getting the support of the presidency for the final onslaught such that anytime from now, His Imperial Majesty may be teed off the throne like a solitary golf ball in another historic act of firsts by the colourful governor.

Obviously, these disturbing developments are dangerous portents on the way of peace and do not point to a clear, swift and predictable resolution of the lingering crisis. In fact, given the city’s pedigree of political violence and with the 2019 elections rapidly approaching, the fear of a rocketing anarchy marked by the possible return of the past when troublesome warlords bestrode the landscape has seized each and every one.

Although, the state government has promised to track down the attackers and come clean on all suspicions, this assurance has not yet correlated well with the governor’s imperious perception and utterances all of which have denied him the needed dose of humility to visit the Kabiyesi, whom he calls his father, to express his concern at the unfortunate incident. Perhaps, here, we are on a journey to some moral utopia after all; strong men don’t make peace at the cost of their ego. Instead, they allow the house to fall if it must and in this tragic display of power and pride, we see the pernicious effects of personalization of public authority on meaningful state building in much of Africa.

We see blatant occlusion of the moral space by which power holders defy long-standing stereotypes-secrets of social cohesion, in favour of personal preferences; we see occlusion of due process that often precipitates calamitous self-help and finally, we see occlusion of sovereignty whereby stewards of power become the sovereign themselves: all-conquering and perfect in actions.

But then, there are consequences for power and pride that prevent societies from evolving to customary standard of decency which Kaplan simplified as a continual rebellion or more vividly, a possible “transformation of war into increasingly irregular form-making it indistinguishable from terrorism”. Thus, while it is easy to win war relatively quickly on other fronts, the tendency of war on the chieftaincy turf acquiring the character of endless urban guerilla disorder must not be lost on the strong man of the moment.

Accordingly, if Ibadan will not fly away on the wings of avoidable travails, all hands must be on deck and speedily too. Very clearly, the chieftaincy face-off has entered a new phase where further escalation could prove unimaginative and reasonably costly. Essentially therefore, all efforts must concentrate on closing the polarities and in this wise, the momentum of ongoing mediatory moves initiated by the Central Council of Ibadan Indigenes in spite of its own vast credibility erosion, must be genuinely supported and strengthened by all.

More importantly too, the Ibadan Elders Forum which currently enjoys the patronage of the governor must leave the path of partisan diplomacy to be part of honest, frank and sincere efforts to reconcile the palace and the state’s helmsman so as to resolve the chieftaincy imbroglio in a win-win manner. On its own, the Presidency must be timely in its actions by using its clout to call the two sides to order and decorum and prevent a repeat of the possible build up of debacle that terminated the nation’s First Republic.

[About the author: Gbolahan Adisa is an Ibadan-based public affairs commentator]

Continue Reading
You may also like...
Related Topics:elders, forum, Ibadan