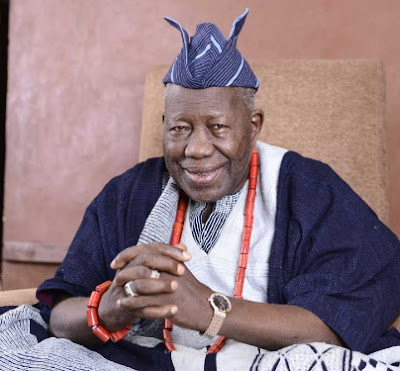 The Olubadan of Ibadanland, Oba Saliu Adetunji, Aje Ogungunniso I, has lost one of his daughters, Princess Mujidat Alagbada, nee Adetunji, in an auto crash in Lagos.

Daily Sun gathered that Mujidat, a Lagos-based businesswoman, lost her life during the road accident that occurred at 7-UP, near Toll Gate in Lagos State last week Tuesday.

“She was driving herself when her car developed a mechanical faults. She left the car and chartered a cab to where she was going. But when the car got to 7-UP, it had accident and Princess Mujidat did not survive it,” a source said.

At the time the incident occurred, Olubadan was said to be on a thank-you visit to the Alake of Egbaland, Oba Adedotun Aremu Gbadebo III, for identifying with him on his coronation as paramount ruler of Ibadan on March 4, 2016.

It was further learnt that the sad news was broken to the monarch in the evening of the fateful day after he had returned from Abeokuta, in Ogun State after a visit to Alake with members of his council and other senior chiefs.

Majidat, who was the eldest daughter of Olubadan’s eldest wife, Olori Kudirat, was married to the popular Lagos record dealer, Alhaji Lati Alagbada.

Daily Sun gathered that the Alaafin of Oyo, Oba Lamidi Olayiwola Adeyemi III, on Friday, sent representatives to Popoyemoja palace of Oba Adetunji to commiserate with him. 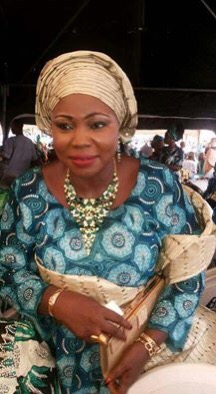 On Saturday, former governor of Oyo State, Senator Rashidi Ladoja and his wife, Mutiyat; Aseyin of Iseyin, Oba Salau Adekunle Ologunebi and former Military Governor of Lagos State, Gen. Raji Rasaki (retd) were said to be among the sympathisers to the palace.

A source within the Olubadan chieftaincy system said the deceased has been buried at her Ibadan home according to Islamic rites.

Continue Reading
You may also like...
Related Topics:daughter, Ibadan, Olubadan