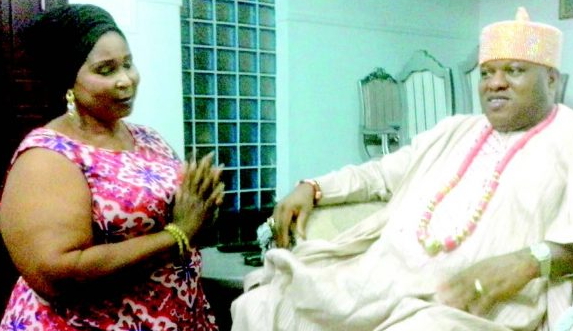 Oct 31, 2016 – Royal Oppression: See How Edo Monarch Forced The Woman He Assaulted To Beg Him

The elderly Benin woman who was reportedly assaulted by the Onojie of Uromi in Esan North-East Local Government Area of Edo State, Mrs. Betty Okoebor, on Sunday begged the monarch for forgiveness.

The traditional ruler and Ojuromi of Uromi, His Royal Highness, Anslem Aidenojie II, had been suspended for seven days by the state executive council for allegedly attacking the woman and causing her “bodily harm,” among other alleged offences.

But the victim, Okoebor, who knelt before the monarch at his residence in Benin, in the presence of some Uromi elders, said that her plea became necessary as it was not customary for a traditional ruler to seek forgiveness from his subjects.

The woman, who was accompanied by some of her relatives, noted that her decision to seek for forgiveness was based on the fact the Ojuromi remained her royal father.