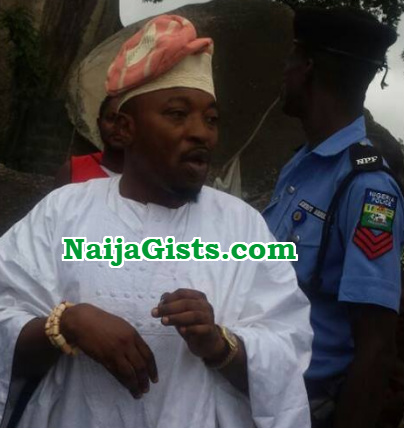 According to a resident of Iwo, the controversial monarch was heading to a function in his convoy when a speeding tanker attempting to overtake him fell and spilled its content.

No casualties was reported in the crash which happened at Awo and Ara Junction last week Wednesday but the driver of the truck and his assistant were said to have sustained serious injuries.

A source who said the crash caused a mild traffic jam revealed that Oluwo’s escort vehicle was damaged beyond repair.

Continue Reading
You may also like...
Related Topics:accident, death, escape, oluwo of iwo