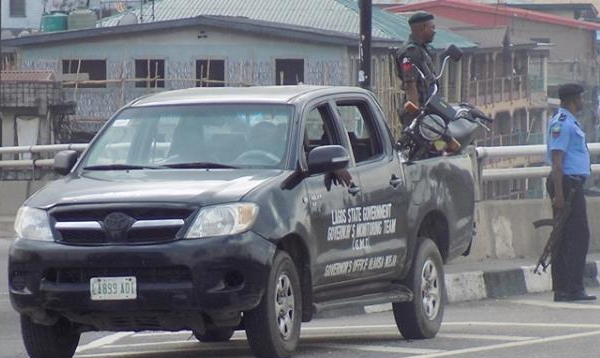 According to eyewitnesses, the policemen attached to the X-Squad were carrying out a surveillance operation along Isiwu road in Imota when a speeding tipper crashed into them around 1pm.

3 of the five police operatives died on the spot.

A Police ASP reportedly died at LASUTH in Ikeja while a police inspector is currently clinging to life at the same hospital.

The corpses of the deceased policemen had been deposited in the Ikorodu General Hospital and LASUTH in Ikeja.

The unregistered tipper and the police patrol truck had been towed to the division.

The driver of the tipper is currently on the run.