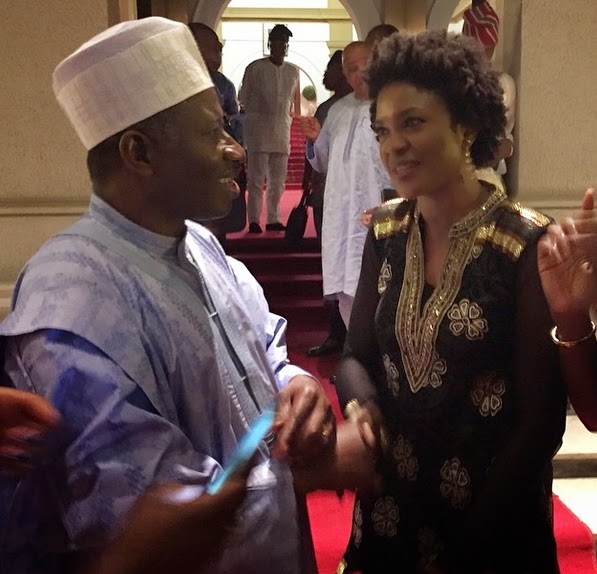 Feb 11, 2015- Omoni Oboli Calls For Calm As Her Endorsement Of Jonathan Outraged Fans

Omoni Oboli’s endorsed Jonathan with the caption, “My president! Goodluck Ebele Jonathan! 2015! #votetransformation #voteprogress #voteyouthempowerment #voteunity #votecontinuity #voteGoodluckEbeleJonathan #2015till2019 Everyone has a right to support whoever for whatever reason. Let’s not reduce ourselves to name calling and insults! We are better than this! #votenotfight #weareone”

Some fans however disagreed with her.

@gbemi2015 said, “If your daughter or sister or niece was one of those Chibok girls, will you vote GEJ? Anyways you guys are role models for so many people, don’t let the love of money turn you to a No-Model!”

Omoni didn’t curse out her fans nor deny receiving any money from President Jonathan like Ufuoma Ejenobor who got verbal with fans who accused her of collecting endorsement money. 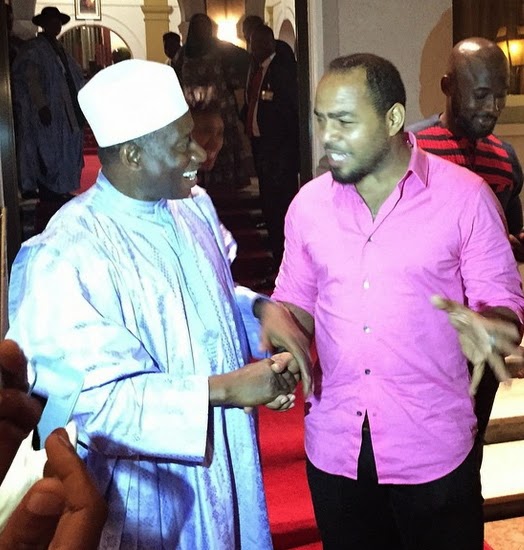 Omoni Oboli calls for calm after sharing the above photo of Ramsey Nouah greeting President Jonathan with the caption:
“Hey listens…I stand for what I believe! Whatever you do, make sure you don’t fight your fellow Nigerians because of the elections. Let peace reign! Vote not fight! Love not hate! I only have love to give!

Here comes the difference between a woman and a girl. #omoni da wise #respect #vote wisely #not for money