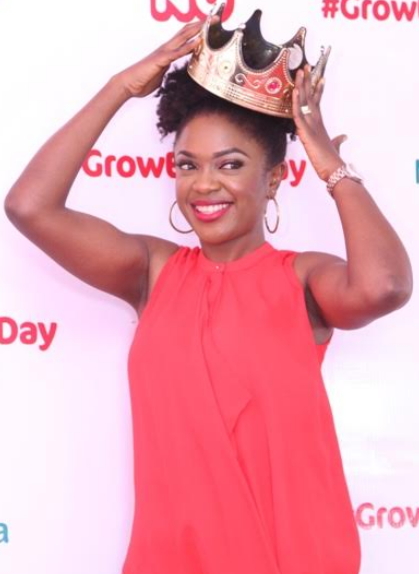 For Omoni Oboli, 2015 is turning out to be the year of outstanding and mind blowing achievements especially after she was announced as Nollywood/entertainment personality of the year 2015 by The Sun newspaper, taking over from popular music producer, Don Jazzy who won for the year 2014 and she signed ambassadorial deal with popular family dairy, Nunu milk few days ago.

Omoni Oboli’s stellar performance in “The Figurine”, “Render to Caesar” and “Anchor Baby” established her as one of the most talented actresses in Nigeria’s movie industry.

In 2014, she had released her first directorial debut “Being Mrs Elliot” and it was widely considered as the game changer in the Nollywood industry. To top that, the movie did exceedingly well at the cinemas. It was a massive hit in film houses throughout the last quarter of 2014. The movie which starred Omoni alongside AY, Majid Michel, Lepacious Bose, Uru Eke, Seun Akindele among others earned rave reviews from industry professionals and top media practitioners.

This impeccable actress was not going to rest on her oars and in 2015; she also wrote and directed “The First Lady”. The cast included Alex Ekubo, Joseph Benjamin, Yvonne Jegede, Chinedu Ikedieze among others. The movie surpassed her previous movie in box office earnings and also earned her cult followership across the federation. The tour she embarked on with other casts to promote the flick endeared her to her fans that had the opportunity to catch a glimpse of their heroine.

Omoni Oboli now sits atop the throne as Nigeria’s number one trending actress of 2015. And she has a lot to be happy about. She has just penned an endorsement deal with Nunu Milk to become their brand ambassador. This new development is a testament to her growing influence and popularity among Nigerians.

With the success of The First Lady, Omoni has emerged Nollywood number one box office actress. No actress in Nigeria has more box office figure than her. Her box office credits include, Anchor Baby, Figurine, Being Mrs Elliot and The First Lady. The next actress to her only has two box office hits!